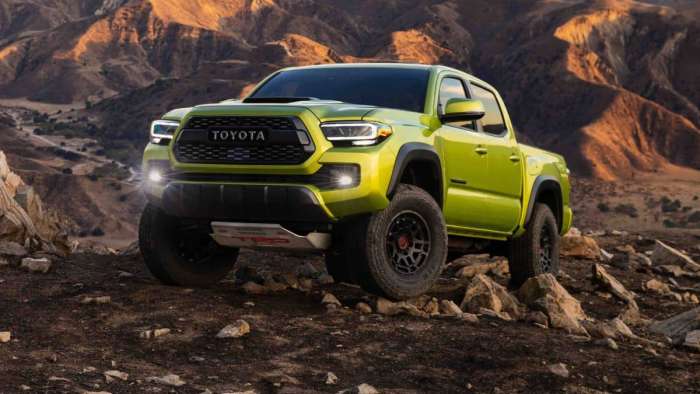 Despite Gas Prices, 2022 Toyota Tundra Owners Do Not Regret Their Purchase

In times of an oil crisis, would you still drive a 2022 Toyota Tundra only getting 20-23 mpg combined? Almost 200 people said they would.
Advertisement

The Turn of the decade brought us a lot of new changes. Changes that can be irreversible. Changes like personal hygiene and health codes. One thing that can be reversed is the price of a gallon of gas. We really took that $2.00 a gallon price of 2019 for granted. With prices reaching $8.00 a gallon in some places, are people still driving trucks and feeling good about it?

Now logically, someone who gets 23mpg combined in a huge pickup paying $4-5.00 a gallon wouldn’t be too happy. My friend still drives his F-450 daily and fills it up every day. However, surprisingly, a poll that I posted on Facebook’s 2022 Toyota Tundra and Beyond group showed that almost 95 percent of the participated voters said they do not regret their purchase of a 2022 Toyota Tundra given gas prices.

On the poll, I asked the following, “Do you regret buying a Tundra given these gas prices?” Out of 188 voters in total, 180 said they do not regret their purchase because of gas prices, and only 8 people said they did regret their purchase of a brand new 2022 Toyota Tundra. Now before we get into what they shared, it’s important to know that this poll includes both hybrid and non-hybrid owners.

Fahd Bilal said, “I bought it and getting it in August. No regrets at all.” Granted, these trucks are meant to serve the general population and quite frankly, given my current situation, I would buy a truck in this climate except for an electric truck. I’m sure Toyota has the technology to produce a truck making great power and to have a great mpg as well. However, this could cut into profits of maybe an upcoming electric truck we don’t know about.

Jesus Balderas commented saying, “No regrets, the 5.7 tundra was worse on gas anyway.” It’s true, the late model v8 Tundras got terrible gas mileage. That’s why Toyota shied away from the v8 and onto the TT v6 drivetrain. Even on the hybrid 2022 Toyota Tundra, the TT v6 is accompanied by a hybrid battery and motor system which is meant to give it more power instead of better gas mileage. 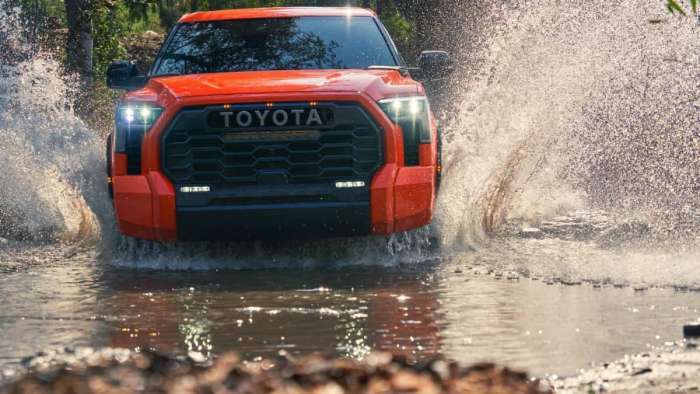 Now for the few who said they did regret their purchase; a few people had a different solution. The saying spend money to save money kind of applies in this direction. Although your return on investment would take years if you were the average driver.

Rick Tapia commented saying, “I just went and got another car in addition to the truck.” This is actually what some families use to do in the 70s during the oil crisis. They would have their farm truck, but then buy a little civic or corolla to counter the daily driving. This is a smart idea.

What do you think? Do you regret daily driving your Tundra in this climate? Let us know in the comments below.