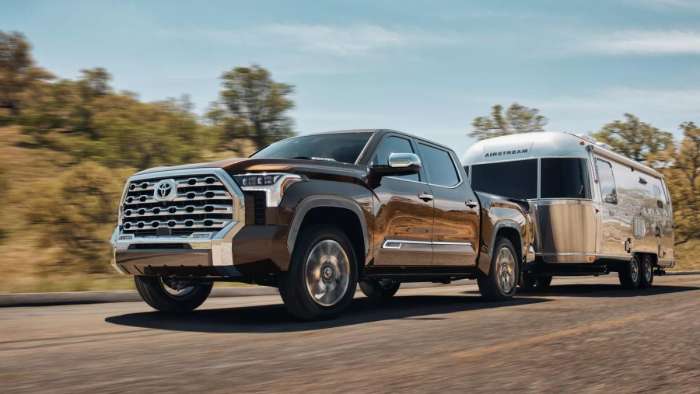 As more and more Americans fall victim to the childish crime of catalytic converter theft, your 2022 Toyota Tundra is priority number one for these thieves.
Advertisement

Your 2022 Toyota Tundra is a pretty beefy truck. Aka, someone wants to steal your catalytic converters due to your truck being beefy. Now this makes it worse if your 2022 Toyota Tundra is a Hybrid because a lot more valuable stuff like censors and bolt on parts are located under the truck. This is also true for the Camry, Corolla, and Prius hybrids. Why? Well, the stolen catalytic market is currently booming. There really is no regulation in buying car parts because you don’t need to check serial numbers or report anything. Therefor it makes it open season for thieves to slide up under your car and snatch your converter. 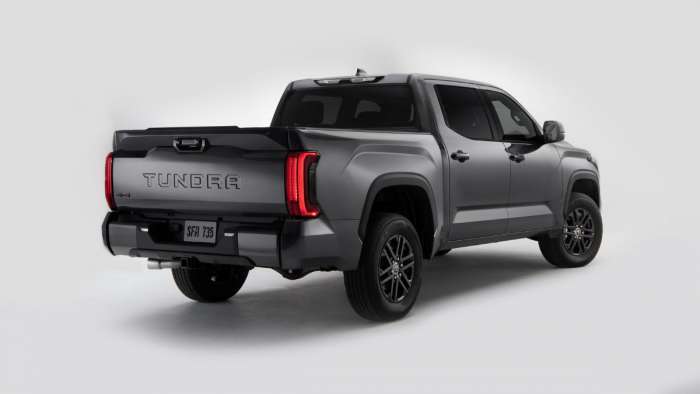 However now that more and more people are starting to hop in the new Tundra train, you must beware of this lingering threat. Don’t think that just because you don’t live in a big city that your truck isn’t going to fall victim. My neighborhood is rated as one of the safest in the county and we get converter snatchers all the time. I’m still surprised how after 10 years of existing; my Prius has not been touched once by these thieves.

According to French publication Reflet, more and more Tundra converters are being stolen in the southern United States. Just recently Harris County sheriffs in Texas seized thousands of stolen converters and other car parts accounting to almost 12 million dollars. Just think if it is that bad in Texas how bad it is in far worse places like California or New York.

What are some things that the government can do to stop this? Well pawn shops don’t really take this stuff because they are more regulated, so they take it to some shady guy they know or the junkyard. According to Reflet in the same article, our government is to pass laws that will require the vehicles VIN to be printed onto the converter and other high dollar parts in order to prevent theft from going unnoticed. In other words, harsher regulation of the used car market could lead to fewer and fewer thefts and a far safer environment for our children. I say safe because there have been accounts of these thieves’ hitting victims with the tire rod as they come out to confront them.

I think that if you really like your Tundra, you might want to invest in some security upgrades like a undercarriage protector or maybe a catalytic shield. If you have good insurance, you probably have nothing to worry about but at the same time, who wants to deal with this mess anyway.