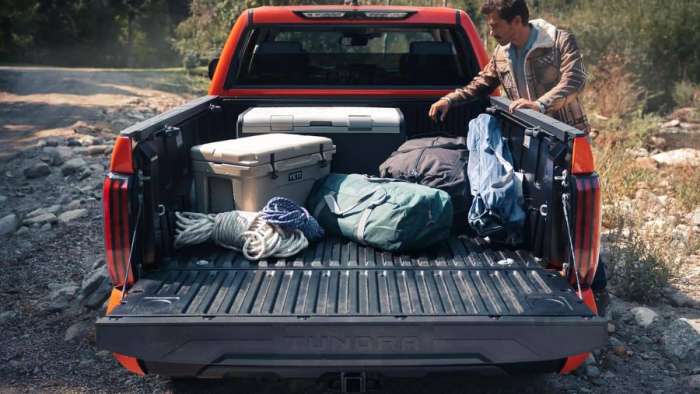 A recent poll shows that current owners of the 2022 Toyota Tundra would not go back to the original v8. Does this mean the TT v6 is better than we thought?
Advertisement

Up until this year, the Toyota Tundra had been powered from the factory by a v8 engine. Depending on the year, it made pretty good horsepower and was capable of towing heavy trailers. Because of its v8, this made the later model Toyota Tundras more powerful and just a very durable truck to have in the field and at home.

For the 2022 model year, Toyota decided to ditch the gas-guzzling v8 and instead replace it with a twin-turbocharged v6 engine. There is also the hybrid version of this drivetrain which isn’t really a hybrid. In short, the hybrid version of the Tundra is actually meant to provide more power output instead of fuel efficiency. The battery and electric motor work in tandem with the engine to provide extra boost and torque so that the truck can have better performance. You also get about 3-5 more mpg average than the non-hybrid models.

However, when the 2022 Toyota Tundra first came out, a lot of owners who had the v8 models were very skeptical of this new drivetrain because they thought that it wasn’t going to have the power that the v8 model did. Numbers from Toyota would prove you wrong but to show just how that has changed, I asked a question on Facebook’s 2022+ Toyota Tundra Owner’s group to see just who would really want their v8 back. 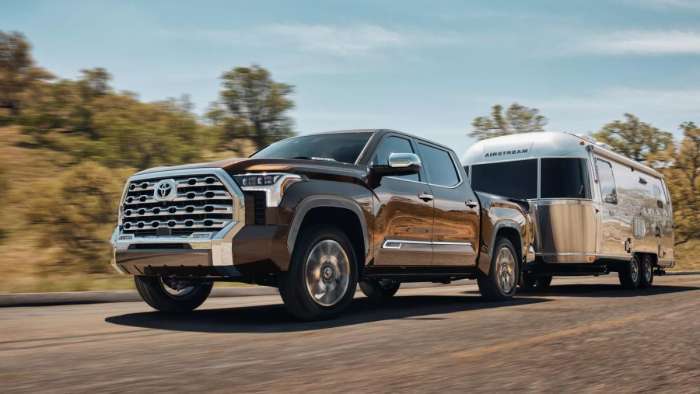 The poll consisted of two answers to my “would you go back to the v8” question. One was “no, stick with the TT v6,” and the other was, “yes go back to v8.” At the time of this article being published, 119 people had voted in total with 110 people saying they would stick with the TT v6 and only 9 people saying they would go back to the v8. Mind you this poll was targeted at people who previously had the v8 model Tundra. While these numbers surprised me, I figured that since this new Tundra is so beloved by its owners, of course, they would like the engine. Let’s take a look and see what some of these owners had to say.

Craig Bell said, “I don't think it matters. They aren't going back to the v8. It's old technology.” While it’s highly unlikely that Toyota would bring back the v8, I see that a lot of people who have the current Tundra like the hybrid more. I think that if it gets better gas mileage, more torque, and higher horsepower, why stick with the old technology?

On the other hand, Brian Keevin said he would want the v8 back. He wrote, “I would love to see Toyota bring back a v8 as an option but with some more modern advancements. It needs higher compression and direct injection and pairs it with the new 10-speed trans. I guarantee it would perform just as well as the new v6 TT and be less prone to issues long term. Offering it with a hybrid option would be even better.”

As it sits, Toyota’s hybrid technology is improving with every new model. If Toyota can squeeze 45mpg out of a luxury minivan, I’m sure they can make a v8 hybrid as well. Given the current gas prices, it seems unreasonable to pair a gas-guzzling v8 with a hybrid motor. In that case, you would have to compensate for things like power to have better mpg.

What do you think? Would you prefer the v8 or TT v6? Let us know in the comments below.