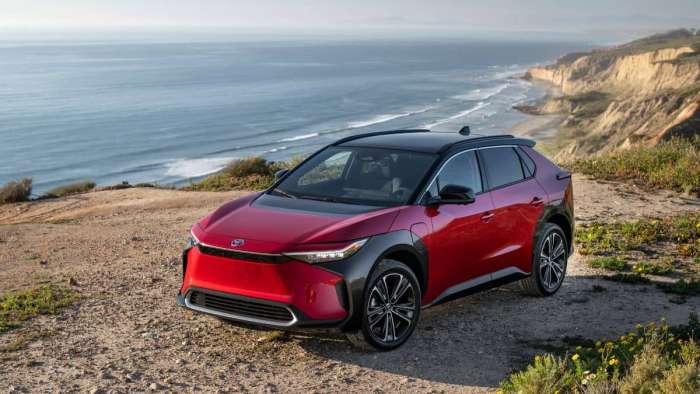 With a purchase of a brand new 2023 Toyota bZ4X you get everything from full EV to intelligent AI radios?
Advertisement

Within the span of two decades, automobiles went from a motor spinning wheels to a computer that can move. With every new car coming out, the technology just keeps getting better and better. Smarter and smarter. In the 1970’s, a few GM cars came out with a voice recorded message from your car. For instance, if your door was open, a male pre-recorded voice would play instead of a beep saying, “your door is ajar.”

Interestingly enough, sooner or later our cars are going to be doing everything by themselves. Want to change to radio? Want to maybe set a new direction without touching the screen? Simply hit the little button on your steering wheel and give a command. At first commands had to be very specific. You had to say a phrase first and then talk really slowly so that the computer could understand. Toyota has revolutionized this with their new AI on the 2023 Toyota bZ4X.

According to a press release issued by Toyota, the new 2023 bZ4X will, “learn voice commands and get smarter over time.” This is an interesting new feature considering that most newer Toyotas have had a slightly gray reputation for their AI. When we tested the all new 2022 Toyota Sienna Hybrid, we had to be very specific on changing the GPS settings by voice or changing the radio station. We tried multiple commands like, “Change to Watercolors XFM” (that’s our favorite station). 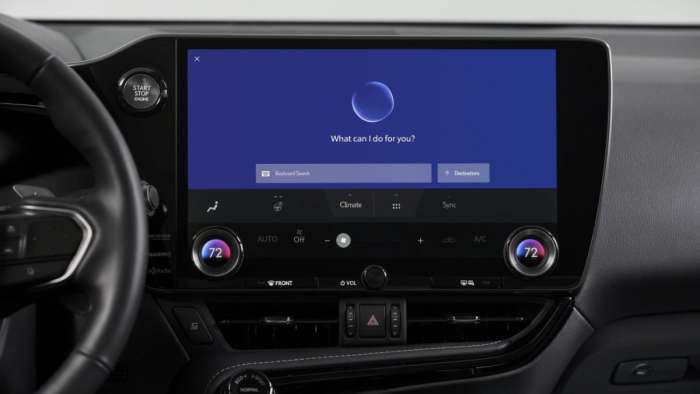 Toyota states that the new AI on the bZ4X is capable of understanding voice commands that have not been programmed into its database of commands. It rather learns what you want by simply re-arranging words to fit it’s already known lines. Obviously if you speak a bunch of gibberish, the car will not understand you, but this is a huge step forward for Toyota’s AI technology.

Let’s take a look at some of the new things that this AI is capable of. For starters, simply say, “I fancy a cup of coffee” and bZ4X will direct you to near by cafes. Now while other more luxury cars have a similar AI dedicated technology, for the price of the bZ4X and what the AI is capable of, this is honestly better for its price.

So, the way they made this AI is very interesting. According to the press release, “the computer determines top-line intent – temperature, audio, navigation, etc. Then comes sub-intent – specific temperature, a song or that ice cream shop that always seems to hit the spot.”

Essentially, it does what a self-learning AI would do. It takes your prior information, requests, changes, etc., and puts all into the cloud making a database of your desires. So, if you always go to a burger joint, once you open your GPS, the AI is more than likely going to show you burger spots as a choice in your system.

All in all, this new AI looks promising, and I hope that Toyota will respect the driver’s privacy and not keep information that is not necessary. Given Toyota’s history of being driver friendly, I highly doubt this will be a problem. Other than that, this new system sounds great, and I hope to see it in newer future models.

What do you think? Would you turn of this system? Let us know in the comments below.