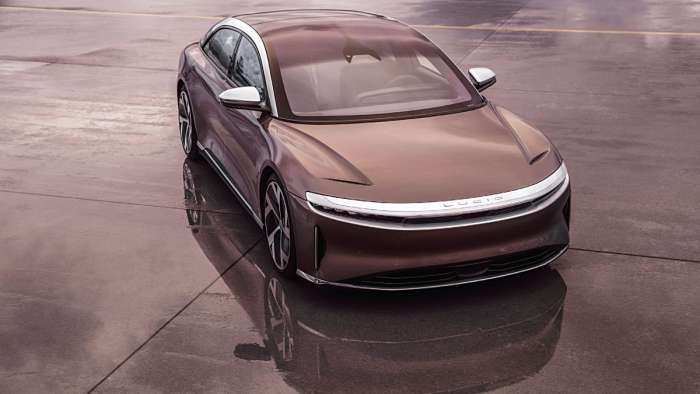 Lucid Motors and the Government of Saudi Arabia announce a deal for 100,000 Electric Vehicles in a huge deal for Lucid Motors. In an announcement that sent shockwaves to Lucid Motors Investors and EV enthusiasts, Lucid Motors landed their larger deal yet. Current reservations of LucidAirs are around 25k vehicles. This deal increases those reservations to 75k with an option to increase to another 50,000 vehicles.

The news is absolutely huge for all Lucid investors. This shutdown any rumor that Lucid haters had that the Saudi Arabian Public Investment Fund was selling their shares. Since January 19th 2022 when the PIF shares unlocked, Lucid has announced that they will be building a factory in Saudi Arabia and will start construction in the first half of 2022.

Pricing Of The Lucid Motors Vehicles

Many investors are waiting to see the news that we will hear during this call for more updates on expansion news and growth. Lucid investors are also wondering about the Saudi Arabia facility that is set to start construction soon.

The Saudi Arabian Public Investment Fund should release their 13F soon, which many Lucid haters and bears have predicted that the PIF has sold off some of their $LCID shares. I believe that this could not be farther from the truth. With the recent deals and Saudi Factory news, it seems that Lucid Motors is very much in the PIF 2030 vision. The PIF is a longterm partner and now Lucid investors know for sure.

My Thoughts On The Huge Lucid Motors News

This news could not have come at a better time for Lucid Motors investors. $LCID stock has been on a steady decline even though the company has signed a deal with Nvidia, and began to hire 2nd and 3rd shift workers for the assembly line to ramp up production. Receive price increases by institutions, announce a new model in the Grand Touring Performance Model, and expanding their studio presence in the United States and open their first studio in Europe which is located in Munich Germany

The 100,000 vehicle deal is the icing on the cake for a company that had been in production hell because of supply chain issues and a global chip shortage that has seen the likes of Nio have to halt production. I am so excited for Lucid Motors as this news is absolutely huge for the company. I hope that everyone that has held Lucid and is a supporter is very excited for the future for Lucid Motors.