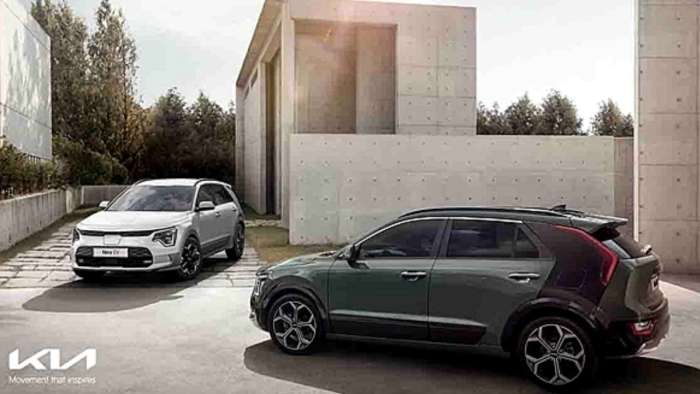 Kia revealed unobscured images and more information about its next generation Kia Niro at the November 25th Seoul Mobility Show. Kia confirmed that again all three powertrain options will be offered the same as they are in the current 2022 model, for 2023: full electric, plug-in hybrid (PHEV) and “self-charging” hybrid i.e. regular or non plug-in hybrid powertrains.
Advertisement

The 2023 Kia Niro has a front facing charge port in the center of the nose, just below the hood which has a more “rugged” look to it as well, similar to the 2021 and newer Sorento’s hood. The regular hybrid lacks this port of course and we might assume that the charge port for the PHEV version will be in the same place as the EV version.

Not many specifications have been released yet for the 2023 model, including specs for electric only range, fuel consumption, battery size, gas engine size or performance. But a few key words do suggest that the 2023 Niro will have both increased efficiency and additional internal cargo or passenger space.

Specifically Kia has called out “aerodynamics... increasing energy-efficiency” and “additional space to fit all your dreams” on its European website for the new Kia Niro. What that actually translates into is something we’ll have to wait on, but we can anticipate for now a modest increase in efficiency due to better aerodynamics and additional cabin space.

The new interior gives us a much clearer view of what to expect from the upcoming Niro. The steering wheel evokes a little retro touch in my opinion, reminding me of the steering wheels from the 1980’s or 90’s with a single, central bar. But the dash, with large, flat LCD panels and a handsome collection of knobs and buttons feels decidedly futuristic (or at least contemporary). 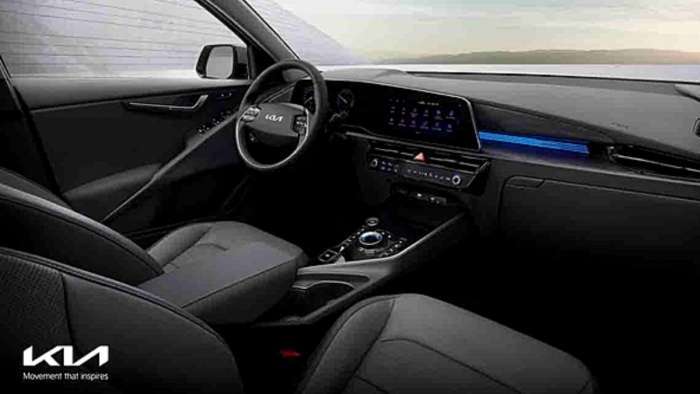 I especially appreciate the blue accent lighting in the dash since it livens up the otherwise monotone black/dark gray materials around it. The seats are also apparently available in vegan leather, at least optionally.

What material(s) are those vegan leather seats actually made of? Are they plant or vinyl based perhaps? We’ll have to save that for another day too. For the moment, let’s appreciate that the interior of this new Niro is a bit more upscale, and dare I say better, than the one it will replace.

The new dash of the Kia Niro is worth nerding out about for a moment as well. The top of the dash, above the beautiful blue ambient lighting, appears to be a woven looking fabric cover, or perhaps just a good texture formed into molded plastic and or vinyl. This meets the sculpted vents and other plastic trim that frames the ambient light in a sharp, angled line that slopes gently toward an apex near the door. This seems like the interior touches of a more luxurious vehicle. 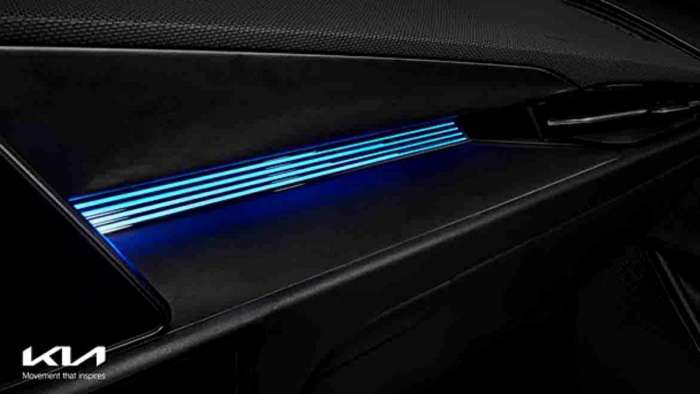 If those ambient lights might be interactive, pulse, or cycle through different effects in any way, there could be a lot more detail to this car than meets the eye. Such displays could be used to set a mood, indicate certain essential information about the car or more. Internal cabin temperature? State of battery charge? Graphic equalizer for the audio system? All are possibilities.

I still really want to know if Kia will offer the new Niro with AWD (or “eAWD”), too. I know it would likely hurt the efficiency of the versions with gas motors, at least, but all wheel drive traction is an important feature set for buyers in many areas that have real winters, or for drivers who frequently travel on wet, muddy, or loose gravel surfaces. It will likely be a few months or more before we have more information on the specifications and features of the 2023 Niro. Until then, we’ll have to be patient and know that the future of the Niro is looking mighty fine, indeed.