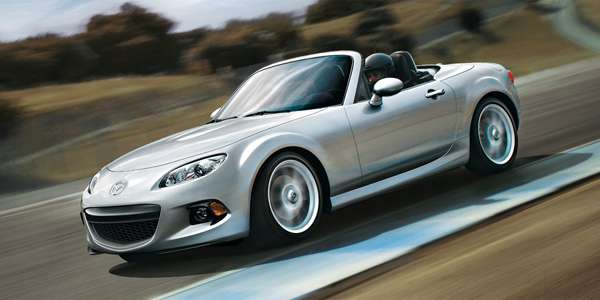 If Mazda were to join forces with a larger car company, it would get access to more money for product development -- but would need to be careful that it isn't diluted.
Advertisement

It's expensive to develop a new car. The biggest automakers rarely have to make decisions because they literally do not have the money available, but smaller ones like Mazda sometimes do face that pressure.

The solution is often for these smaller automakers to partner up -- sometimes for a particular car, sometimes with corporate collaboration.

Mazda has experience with both -- until a few years ago, Ford owned a third of the company, and the automakers worked together on several products while making ample use of Ford's pocketbook. And the company is presently working with Fiat on the next MX-5 Miata, splitting the development costs of the low-volume roadster between the Mazda model and the Alfa Romeo Spyder. Mazda also has a limited partnership with Toyota involving the companies' respective next-generation subcompact cars.

Analysts have been chattering recently that they expect a greater linkup between Mazda and a global giant, possibly Fiat. A Nov. 28 report in Automotive World points to a partnership between Mitsubishi and Renault as precedent.

"Local news reports have also indicated that other Japanese mid-tier [manufacturers], such as Suzuki, which sells 2.6m cars globally per year, and Mazda, which generates 1.2m global annual car sales, would be seen as targets in the midst of global automotive market consolidation," the article states.

Such partnerships work best in situations like the Mazda-Ford linkup, in which Mazda was mostly left alone and achieved economies of scale by sharing components -- often developed by Mazda, or with heavy Mazda involvement -- with Ford.

But for the smaller company, it's often tempting to make use of existing parts already developed by the larger partner. For instance, Mazda used Ford's V6 powertrains -- and in some products, like the MPV minivan, Mazda's reliability reputation took a hit in consequence.

Mazda has done an outstanding job on a relatively shoestring budget, winning awards for its blend of fuel efficiency and sporty driving dynamics. It needs money to develop niche products beyond its three core models -- the Mazda3, Mazda6 and CX-5 -- and could continue to share these models with other automakers. But it needs to make sure that cars sold under the Mazda name are true Mazdas.