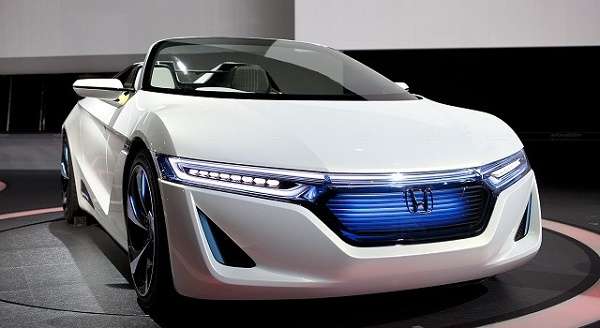 Much like Santa’s Sleigh, Honda fans would like to see the return of the epic 2-seater
Advertisement

What’s as small as a Mazda Miata, as rare as hen’s teeth and costs an arm and a leg purchased used, if in-fact you can find one? Honda’s last great personal drop-top roadster. Once again the world-wide-web is a buzz with unsubstantiated rumors of Honda’s resurrection of the iconic S2000 Roadster.

These guys started it Monday morning, with our friend Hondapro Jason following suit with the posting of an artist's rendering of what the smaller than NSX 2-place roadster might look like. Good enough!

Granted, I’d love to see a 1.5 or 2.0 liter turbocharged Earth Dreams ™ powered, 8 speed S2000 roadster arrive in Honda showrooms as much as the next Honda enthusiasts, and it may happen. Dealers have been asking for a Halo car for years, and let’s face it, Acura NSX is well out of financial reach of many if not most Honda enthusiasts. How about a 300 horsepower V6 roadster?

With that market gap in mind, the re introduction of a production mid-performance roadster may pencil out for A.H.M. With its introduction will come a Miata Killer, and measurable competition for the Miata based 185 horsepower Fiat 124 sports-spider, a car that’s guaranteed to turn a few heads.

in my opinion: Price point, engine performance and exceptional standard features will make the difference as to “make or break” sales in this re emerging segment. Just a few year ago it was announced by the auto industry that the convertible was dead in North America. With buyers now looking to the compact convertible as a viable option for the aging 2-wheel enthusiast, and first time rag-top thrill seekers, Honda may very well release a next generation S2000.

But, until I hear from our friends in Torrance, California, I’ll take a “wait and see” position while holding further comment. Note: The headline photo is of the the S2000 replacement concept car EV-ster, shown at the Tokyo Auto show in 2012. Love it!