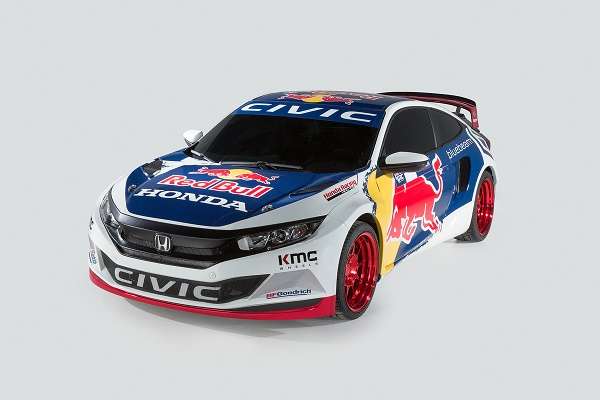 Last weekend was just a bit disappointing for Honda, Acura race fans. The second Sunday in October marked not only the final first-season round of Honda’s entry into the world of extreme, off the hook short-course Red Bull Global Rallycross, but the end of the Pirelli World Challenge Acura TLX-GT campaign, a mixed bag of success and disappointment to be sure.

They ran some damn good races in 2016, stood at the podium more than once, and despite Sunday’s DNF for team mate Michael de Jung and Sebastian Eriksson, end the year in the top 10, beating rally mainstay Subaru in overall manufacturer's point standings -- not bad for an inaugural year team effort.

Will Olsbergs MSE of Sweden stick with Honda?

Running Ford and Honda in the same venue, there’s been a bit of speculation during the season as to Olsberg limiting their team efforts to one manufacturer. With 10th generation Honda Civic rising quickly to be the most recognizable car on the road today, my money’s on Honda. We’ll see where it goes. I first reported on Civic GRC here.

At any measure, what Honda Performance Development and Olsbergs did with the modification of this off the hook 600 + horsepower FWD Civic is stunning! Have you ever watched a Civic fly?

Although (perhaps) a disappointing finish for former champions Sebastian and Wiman, we look forward to them returning in 2017 to better things to come for this relatively young joint venture.