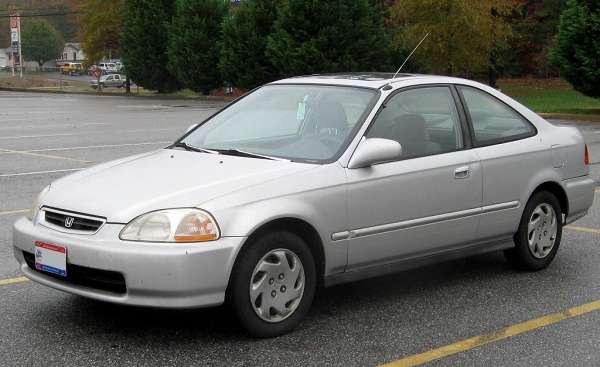 How to Winterize your Honda Civic

Learn how to winterize your Honda Civic in a few, affordable and easy steps.
Advertisement

Honda Civic drivers living in colder regions of North America can attest to the inherent tractability of this mighty compact FWD car. Great, how about seized engines, icy windshields and frozen wiper blades?

Granted, living on the southern end of the Pacific Northwest does come with a milder weather, than much of the U.S.. In Eugene, and Portland, Oregon, while we do experience the occasional ice and snow storm, they’re generally short episodes. But when the area is hit by the occasional Arctic wind shear, the roads get nasty quick! I’ve spent my time in the ditch. And unfortunately for me, tires had a lot to do with where I landed.

Inevitably many area Civic owners will be caught driving on icy, slick roads while rolling on summer tires. These unwitting victims can be seen sliding off of the road, generally into the curb, or slipping through the occasional intersection.

While the front wheel drive Civic, often equipped with a limited slip differential and ride stability, tracks and stops very well on wet road surfaces, when snow lands on top of an already plow-frozen road bed, forget about it! You’re done.

A good All-Season tire should do it

Granted, many of our Civic readers may not have the budget to purchase a separate set of rims and winter-tread or studded tires. That’s where a good set of “All-Season” or all-weather tires come into the picture. While a bit road-noisy at times, the more aggressive tread pattern will insure greater traction on ice and snow while clearing quickly of mud, slush or snow. Hey, unless your driving this Honda, read on!

Looking to the internet we find affordable All-Season tires for Civic starting at $58.00. per.( 2009 Civic EX-L 15 inch wheel) At that price there’s no need to roll without them. Find a "Best" All-Season tire review here.

As our cars get older, the heating, and specifically the windshield defrost setting seems to lose its effectiveness on a cold winter day. Hey, are you one of those misfortunates that drives with the side window down and a towel in hand attempting to keep the windshield clear? I don’t have to tell you how dangerous this is, especially while driving at night with oncoming traffic. It’s blinding!

A word of caution here. Windshield fluid mixes such as summer formula "Xtreme Blue" do not contain anti freeze. And, do not attempt to make your own by adding radiator antifreeze to water. That’s not the same stuff either.

Personally I’m a “Rain-X” fan, but they don’t pay my bills. So, any winter formulated windshield washer fluid should do it. This stuff is cheap. For $5.00 a gallon or less, you can eliminate a winter-driving related headache or two, while avoiding the expense of replacing the fluid well, blown hoses or connections.

For this quick fix, we’re told you can make your own anti-fogging solution by simply mixing 2 ounces of white vinegar to one quart of warm water. Make sure the inside of your windshield is reasonably clean before wiping the mixed solution onto to the glass with a damp paper towel or clean lint-free rag.

Let Torque News know how effective this simple fix is in your neck of the woods. Note: you may also find "RainX" defoggers and other brands at your local autoparts store.

There’s a great debate raging in the auto world as to the necessity of transitioning into a lower or higher viscosity oil with the changing of the seasons. Personally, I’m just a bit lazy on this issue. but then again, I don’t live in the harsh extremes of north or northeast North America.

Logic dictates that the colder the weather becomes, at startup, rather or not you’re plugged into an engine block heater or stored in a heated garage, sub- freezing winter temperatures will thicken most non-synthetic motor oils. Thicker oil can result in harder, prolonged engine start up, greater ( initial) friction in moving parts, and a loss of fuel efficiency due to that increased internal engine friction.

While attending a holiday party a good friend approached me with some concerns as to her 1997 Honda Accord. While transporting 5 party goers up a steep hill in near freezing weather and rain, she detected the smell of burning electrical, rubber, exhaust or something else, she had no idea as to what may have caused the small in her otherwise freshly repainted and running well near vintage Honda. Had her car overheated, caught on fire or melted down on the way up the hill. No!

After agreeing to go out and take a look, we popped the hood and started the motor. Nothing! The truth is, everything from your normal transmission shifting patterns to the car’s turning radius can be effected by cold, inclement weather.

In the case of her aging Accord, my guess is that with the added weight of 4 adults, she may have been bottoming out on the top of a rear tire on her way up hill. Or, the catalytic converter smelled odd in the cold weather. Remember, all things liquid, metal, rubber, plastic and cloth are affected by cold weather.

Take these affordable precautionary steps to protect you car under winter driving conditions, and slow down! You and your Honda Civic will make it through the winter trouble-free and in one piece. Do you have other tips for winter care? We’d like to read your comment here at Torque News.