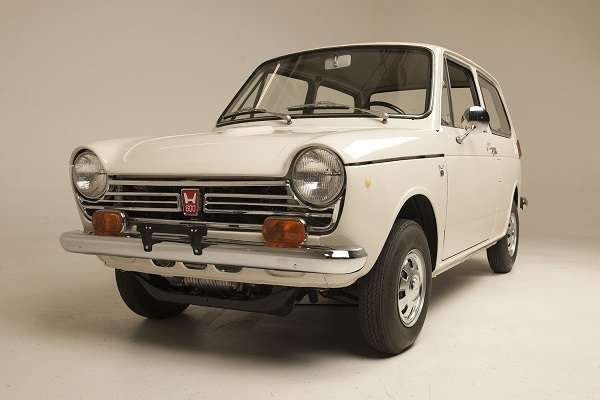 Honda N600 'Serial One:' Reflecting on the first Honda car sold in the United States

With the completion and reveil of the fully restored N600 Serial #1, we’re reminded of the origin of Honda brand success in a nation where at one time “bigger was better” and the largest cars produced anywhere in the world were kings of the road. Are we headed back to the future?
Advertisement

I’ll never forget the day I opened the roll-up door to an abandoned rental storage and discovered a 600 coupe and sedan sitting on blocks. They were tiny and cool, yet I had no idea as to what I would do with them, much less where to find the parts to restore the pair.

That was in 1990. The 600’s were old then. Today they’re antique, and just a bit surreal as to size and simplicity -- as the majority of new car buyers opt once again, for larger vehicles -- many of them supersized extended cab pickup trucks, crossovers and SUVs -- in that order.

Back in the 1960’s and 70s, Honda taught the U.S. consumer a lesson in “less is more,” by presenting affordable, simple and mostly reliable-low-cost-maintenance basic transportation -- something that remains most relevant today. When I view the following video, I’m taken back to a past where the U.S. was in a constant state of socio-economic turmoil. Sound familiar?

As much as things change they remain the same. America could use an affordable car

Today as I write this posting from a hotel room in Tokyo, a city of 8 million people, I reflect on a society that’s largely abandoned the personal automobile in exchange for inexpensive public transportation, bicycles, and walking. There’s a reason for that. In Tokyo car ownership is financially out of reach for most -- as it is for many young and elderly consumers in the U.S..

Such was the case in the 1960s. When Honda first ventured into the Los Angeles, California auto market. Car generated air pollution was off the hook, gasoline prices were rising, along with the MSRP and subsequent monthly financial drain of car ownership. In the 1960s, necessity drove innovation, landing in the U.S. in the form of the micro-sized Honda N600 hatchback -- something we could still drive in U.S. cities today.

While we don’t have access to micro sized $1,000 cars in America today, a lesson can be learned viewing Honda’s original U.S. car offering. What do you think?