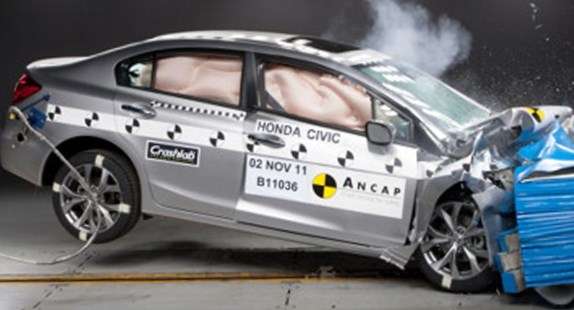 Have you answered your latest recall notification?
Advertisement

We've all done it at one time or another; ignored or discarded an often all-to-important to shrug-off manufacturer’s notification of vehicle component recall. Some have paid for a shrug of the shoulder and a distracted turn of the eye with the loss of that eye.

Sitting under a Florida sun cooled by an afternoon trade wind tends to melt away the troubling news of past weeks in an industry full of product recall, quality issues and pending model changes. So is the life of an automotive journalist; a combination of premium press junket colliding with serious, often life-impacting automotive related issues and pressing news of the day. We’re also car and truck owners impacted by the rare yet occasional product recall.

One of our least favorite yet pressing topics is the automotive manufacturing recall. From a misplaced specification tag, malfunctioning navigation voice command to the measurable and often hitting-home tragic implications of the Takata airbag debacle, we as automotive journalist often pass, on the controversial aspects of recall initiates for something lighter and easier to report on; without offending consumer and featured manufacturers. Most journalist shelved the Takata tragedy late in 2014; it’s time to revisit an issue that has shaken the automotive industry from top to bottom.

By and far, Honda’s industry high recall rate is not a quality issue, it’s a consumer “Safety First” initiative

After All, automotive companies without exception, are staffed and managed by people that take pride in the product produced, and do so with due diligence and safety-first regard for the end user.

Honda may have taken the greatest public relations hit with Takata, but as the press-generated smoke clears, Honda is but a party to one of the broadest recall initiatives in automotive history, and remains in the good company of 10 automotive manufactures and 10s of millions of impacted car and light truck owners.

We’re compelled to write this blurb today in recognition of Honda’s legislative initiative to achieve 100% recall compliance through a secondary department of motor vehicles checkpoint. It’s simple really; no recall compliance; no registration.

In Monday’s Honda News release, we learn of a cooperative effort between Florida resident Stephanie Erdman and Honda executive Rick Schostek in speaking before a Senate investigating committee as to deaths and injuries directly related to malfunctioning Takata Airbag components.

Unfortunately Stephanie was seriously injured by exploding shrapnel while involved in an impact incident driving her 2002 Honda Civic; which brings us back to the main point of this article and a soon to be presented recall initiative spearheaded by Senator Edward J Markey.(D-Mass)

The majority of Takata Airbag (inflator) related injury and death occurred in Honda vehicles on the road for over ten years; pressing the importance of double checking recall compliance and subsequent correction when buying or selling a used car or truck.

Mark Day wrote on March 4, 2015 - 12:25pm Permalink
What a farce – Honda wants to use government force for compliance to its wishes. All wrong – I'm forced to have air bags in my vehicles that I don't want, don't need, and don't want to pay for. Air bags have killed hundreds. Frontal air bags were designed for use when safety belts aren't used – there are annoying buzzers to ensure belt use. Honda has now dropped down on my list of companies I'll purchase a vehicle from.
Parks McCants wrote on March 4, 2015 - 6:14pm Permalink
Welcome Mark. Airbags are required in the U.S. as mandated by vehicle safety laws. Yes, it's a mixed bag of.... however, Honda is by no means the only player in the game. Toyota holds the record(dollar amount) for U.S. federal safety violation fines. No one's being let off lightly be the proposal. As with all cars and light trucks, the airbag safety feature is way back on this list of consumer wants and needs. For me, yeah, in my years of driving I've been involved in a handful of collisions, I've yet to have an airbag deploy.On the political side: I doubt that the proposed bill will make it out of committee. Thanks for dropping in. B.T.W, what are you driving now?
Mark Day wrote on March 5, 2015 - 12:31pm Permalink
"B.T.W, what are you driving now?" 2012 Toyota RAV4 V6 4WD Limited, '80 Camaro Z28.
Parks McCants wrote on March 5, 2015 - 10:04pm Permalink
Welcome Mark. The Z28' a kick in the ass to drive. Hey no worries, however you may wish to check the vin # on the RAV4 for airbag recall. Specifically: 260,000 model year 2012 Toyota RAV4s have been recalled for possible malfunction Takata airbag systems. Like I said, Honda doesn't stand alone on the recall issue. And, while you and I don't believe that bigger government is the answer to increasing vehicle owner participation in recall initiatives,(Some of)the public hasn't stepped up to,or isn't aware of the task at hand. Mark, you most likely weren't considering a Honda purchase anyway. Although I have to tell you, based on my last side by side drive comparison of RAV4 and Honda CR-V, while Honda doesn't offer a V6 option, the interior comfort, quiet and ride of CR-V smokes RAV4. None the less, a good compact SUV. Take care...
Mark Day wrote on March 5, 2015 - 10:30pm Permalink
Thanks for the heads-up about possible airbag recall. I agree with your positive comments regarding the CR-V, and currently, I'd recommend the CR-V over the RAV4. The new version of the RAV is a step or two backwards. Content removed form the current RAV that was on the previous version: V6 Engine option, 3rd row option, Full size spare tire, Optitron gauges, Headlamps "ON" indicator, Valet key on some models, LED tail lights & brake lights, Auto OFF headlights (except Limited), Variable intermittent wipers on LE, Seat fold-down levers in cargo area, Sliding adjustable 2nd row seats, Door sill protectors, 12v Power outlet in cargo area, Large under floor storage compartment, Sunglasses storage bin, Sun visor extensions (except Limited), Dual-level center console storage Locking glove box, Upper glove box with door, Footwell lighting (Limited), 110V AC power outlet (Limited), Real Leather seating, Cross bars on roof rack, Hill Assist Control (HAC), Downhill Assist Control (DAC), Longer tonneau cover with headrest clips, Fender flares on Sport and Limited, Body colored front and rear bumpers, XM Satellite radio (except with Navigation), Auto Up/Down driver's power window on LE
Parks McCants wrote on March 17, 2015 - 4:08pm Permalink
Thank you Mark and best of luck in your next car search.
Shawn wrote on June 8, 2015 - 1:50pm Permalink
My wife and I have been waiting for over 3 months to get the airbag replaced in her Accord. Today I called the dealership for the third time and after being informed again that there were no airbags to replace hers in her vehicle that I would be bringing the vehicle in to their dealership to have the airbags removed...Low and behold after rechecking they all of the sudden had " a couple laying around" and they could now do the recall we had been waiting on. Also found out she was not to be driving this vehicle for the last three months and the dealership was supposed to have put her in a loaner vehicle until the repairs were completed. She was in a frontal impact on may 22nd. Thank god her airbag did not deploy. I will not be buying another Honda product in the future and this dealership should be sued!