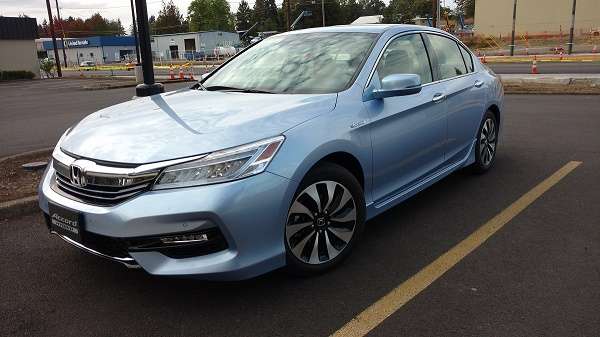 75% of all new Honda cars and light trucks introduced over the next 13 years will be electrified, one way or another, in a quest for greatly reduced emissions and CARB compliant fuel efficiency. In effect, Honda Motor Company just committed to brand-wide electrification.
Advertisement

In an announcement made by Honda Motor Company president and CEO Mr. Takahiro Hachigo at last week’s Detroit Auto Show press days, 50% of all Honda cars and light trucks introduced to market over the next two years will be electrified. That’s an unprecedented commitment by the world’s largest internal combustion engine manufacturers on the road to zero emissions.

Fuel Cell, Hybrid, and plug in

I was wrong. But, reading between the lines of president Hachigo’s address, it wouldn’t surprise me to see a near future CR-V Hybrid or Pilot, along with a Civic Hybrid, and of course, as earlier promised, an expanded Clarity based lineup --featuring a long range battery plugin, a gasoline/electric hybrid, and the just released 2017 Honda Clarity FCV, the only 5-passenger fuel cell sedan in America. Read our latest take on Clarity here.

Truthfully, all one has to do is look no farther than the roads of Japan for an answer as to the future of Honda hybrids in the U.S.. Read my Tokyo adventure here.

Honda’s not alone: With Tesla picking up steam, Chrysler presenting the mainstream 2017 Pacifica Hybrid, and Toyota moving ahead with MIrai FCEV, the horn has blown at the starting line of an industry-wide electrification of the automobile, 100 years or so in the making.

Elon Musk Says Tesla To Offer Car Insurance in Texas Next Month, But These Challenges Exist
Tesla Co-Found Plans To Build a Battery Factory and Shift The Industry
END_OF_DOCUMENT_TOKEN_TO_BE_REPLACED