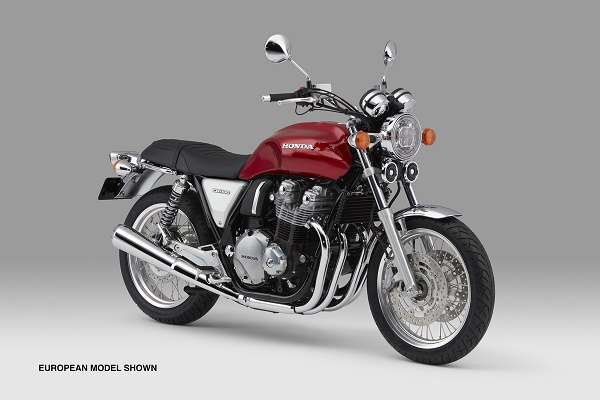 A blast from the past, ‘Disco Bike?’ well yes and no. Honda’s venerable take on the CB 4 cylinder air cooled superbike of yesteryear comes to the the U.S. in 2017 a changed contender.
Advertisement

Nostalgia is a twisty emotion often filled with the “should have kept it” sentimentality of past owned cars, trucks and motorcycles, depending on age, could be classics. Looking to our headline photo, Honda’s latest and greatest air cooled ‘CB’ 4-cylinder motivated 2-wheeler, brings back memories of epic rides, first dates, and rain day commutes on the streets and highways of an era that went the way of the briefcase sized mobile phone.

When simplicity of design can be very cool!

They’re all doing it, and Honda, the Japanese motorcycle brand that brought B.S.A., Harley Davidson and Triumph to their proverbial knees in the 1960s, 70s and beyond is staging its reinvigorated “CB” air cooled motorcycle lineup to take market advantage of a measurable resurgence in consumer driven motorcycle nostalgia.

Forget that fact that air cooled motorcycle engines run hotter and die faster than their fluid cooled counterparts. Or that a “straight up” riding position is not as comfortable for the long run as a cruiser or touring bike set up -- nor does the configuration generally handle as well on an aggressive 2-lane country sweep.

Classic styled Honda CB’s are best suited for boulevard cruising, and the occasional Cafe Run. Damn sensibility! The 2017 Honda CB 1100 visually evokes a sense of adventure, with a dash of old-school, by-the seat of the jeans, out in the elements riding. You know, those facets that made motorcycle riding attractive to begin with -- a quick departure from the everyday norm. Read my 300 Honda Dream recollection here. 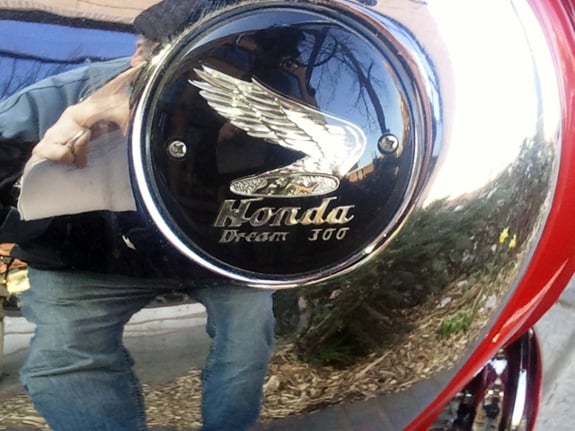 Damn, I want one

like many of us that report automotive news and development, I came to the every changing world of personal transportation on two wheels. My first “real” motorcycle was a Honda CB250 Scrambler, and although I’ve owned and ridden well over 50 motorcycles of various makes and displacement during my time in the saddle, Honda was my first, and in the long run, the most mechanically reliable lineup in my personal garage. Granted, the 2017 CB1100 has very little mechanically in common with my Honda’s of the past, the essence remains.

At 562 lbs Honda’s CB 1100 is not a light weight. However, looking to the frame dimensions, superior fork and shock dampening, standard ABS brakes, and relative low seating position, this CBR should handle and ride with the best of the class. Honda tells us that the reengineered CBR should make it to state side showrooms sometime in May 2017. As to MSRP? Their not saying. Although I believe to remain competitive within a segment populated by BMW, Triumph, Yamaha and others must hit the showroom somewhere south of $11,000.