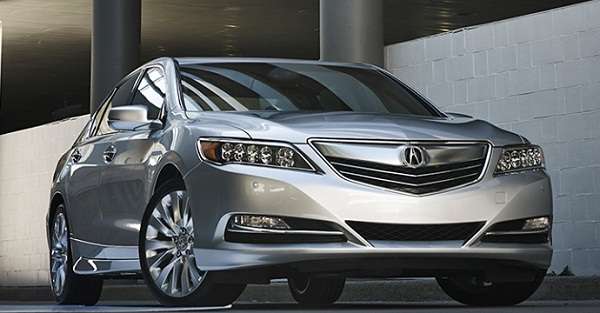 'Evasive' Acura gives BMW, Lexus and Mercedes a run for the money at SEMA Show

One of the shining stars at this years SEMA show is Evasive Motorsports. With several entries, displaying the Honda and Acura brand. The stand out for Torque News is Evasive’s highly modified 2014 Acura RLX V.I.P. Sedan. What team Evasive has done here is take Acura’s luxury bench mark and kicked it up a notch. Actually, they've visually blown the doors of of the Acura; it’s awe inspiring.

In looking to the modified RLX, Evasive has preserved the California design school inspired lines while adding a bit of “sleeper” performance stigma to an automobile that can bounce between daily commute, mobile office duty and formal dinner attire.

By tuning the exhaust, upgrading and tuning the suspension; rims, tire specifications, and, massaging the RLX mild ground effects, bumper treatments, etc, Evasive has morphed Acura’s premium executive four door sedan into an automobile that can handle tight corners, as well as escort its owner to the finest restaurants and resorts in the world. In other words, a refined executive class street fighter.

The Southern California tuner, known for its aftermarket suspension and race ready bolt-on and custom application has taken this freeway sled to the aesthetic level of the BMW 5 Series Gran Turismo, Lexus GS 350, and the Mercedes CLS 550-214. Where as the Acura’s base 310 Hp V6 engine doesn't meet or surpass the horsepower and torque stats of the competition, the base Acura RLX(before modification) with a “loaded” MSRP of $60,450.00 is measurable lower in price than it’s up-line competition.$10-20K lower.

Frankly, we're impressed by the overall design, fit and finish of the car. “World Class” design, and find it to be functional and fiscally attainable for today’s movers and shakers. As to the costs of the concept Acura tuner? Couldn't tell you. But our educated guess is that it’s well north of $100,000.

We’ll have to wait a few days for inside photos and performance stats on the “Evasive Automotive” 2014 Acura RLX V.I.P. Sedan. We took a moment to call Evasive today, and as their name suggests they were a bit evasive. We'll be speaking with Tony of the Evasive Motorsports Acura Team on Monday, when they return from SEMA 2013.