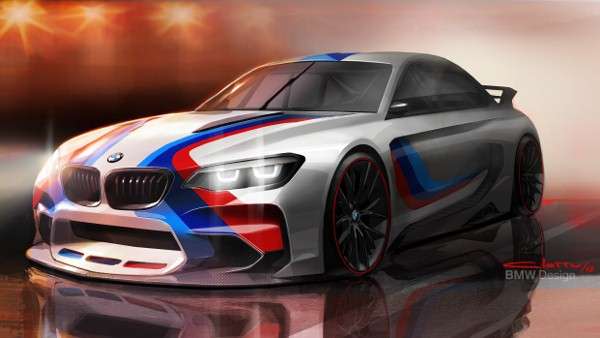 Looking to BMW’s Vision Gran Turismo virtual race car, one realizes that BMW engineering and design is as serious as a heart attack in the presentation of its newest “M” manifestation.
Advertisement

Today with Nissan and others putting “gamers” in the seat of very real GP race cars and winning, we can no longer dismiss race simulation as a toy.

According to Sony Computer Entertainment, the complete Gran Turismo series has sold 70 million copies in 100 countries since the games inception in 1998. This by any measure translates to a huge opportunity for manufacturers to promote their make.

The award winning race simulator is Sony PlayStation's best seller and BMW like AMG, Honda and others want a piece of the action.

Kazunori Yamuchi creator of Gran Turismo is happy to see BMW come on board. A notable BMW fan, Yamuchi calmly expresses his excitement as to what BMW engineering and development bring to the game.

Listening to BMW’s lead designer Karim Habib, we find that the design and engineering behind the virtual “M” based 404 kilowatt/ 549 horsepower twin turbo 3 L in-line six cylinder, is taken as seriously as any project on BMW's design board.

From initial design to handling characteristics, engine, driveline development and modification, the car is taken through the same engineering and design exercise on the path to aerodynamics testing and evaluation.

“Engineered to race and win, pure BMW racing feeling,” says Karim Habib and we believe him.
For example, looking to the Acura NSX Gran Turismo, we find the shadowing attributes of the pending production car accurately depicted via PlayStation. Virtual reality as displayed through interactive high definition may actually expose the user to some usable tactical and driving skill interplay.

How far has BMW taken the vision Gran Turismo 6 ? All the way to the specification sheet.

The power to weight ratio of the virtual BMW Gran Turismo 6 is astounding; weighing in at 1180 kilograms, 2596 lbs. We'd like to see this retro- rocket hit the streets of North America.