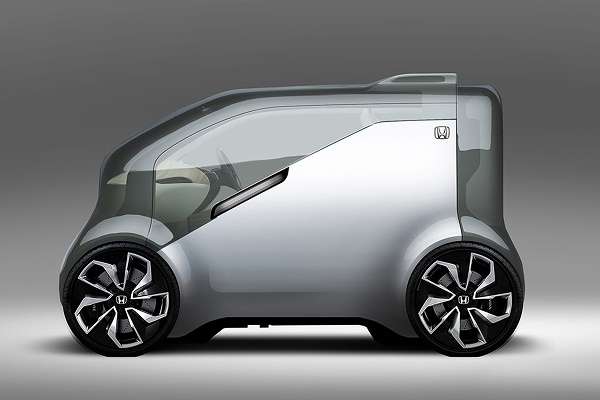 I predict that within 20 years, probably sooner, hands-on-the-wheel driving will be a rarity, and possibly banned within city limits, as America Honda and other makers present a safer hands-off driving future.
Advertisement

Reflecting on this years Consumer Electronics Show Las Vegas: The handwriting is on the wall as to a near term fully autonomous driving future. 3-D goggles and heads-up displays, voice command driver to vehicle command connectivity that reads the speaker’s facial movements, hand-gesture vehicle command, self-balancing, accident avoiding motorcycles that park themselves, and specifically designed seats to keep the driver engaged, (awake) while transported autonomously through cities and down digitized highways -- it’s coming, and much sooner than anticipated by many auto industry insiders, myself included.

What was once the fascinating backdrop for Sci-fi movies such as the 1980s Los Angeles of the future “Blade Runner,”(sans the flying car) is now a reality -- with automakers partnering with Silicon Valley innovators to bring a “safer” hands-of appliance-like personal conveyance to a dealership showroom near you.

Every major auto manufacturer on the planet has jumped aboard the ground swell that is an autonomous driving future, with promises of less city traffic congestion, a safer, entertaining drive and ride experience, with a hitch. Modern Suburbanites will most likely be sharing their personal transportation, as tech companies like Apple, Google and Uber count on a hands-off driving future with the enthusiastic applause of Audi, BMW, Honda, Volvo and others -- all happy to participate in the development and subsequent advent of the sensor guided 'driver-less' automobile.

I reflect on Honda’s latest slant on the “intuitive” ride-share future here. It's coming sooner than you may think to a city near you.

“Xcelerator.” Honda’s aptly named collaborative venture between the ‘world’ auto maker and Silicon Valley tech start-ups, pushes Honda, a very early innovator of active and passive safety technologies to the forefront of the autonomous-driving evolution. We experienced a bit of the hands-off, accident avoidance innovation in Honda Accord and Acura TLX on the streets and highways of Los Angeles , California -- it’s a bit of a mind-blower.

Honda’s Frank Paluch, President of Honda R&D America’s had this to say: “The autonomous age has dawned, and Honda, like all automakers, is constantly refining and advancing this technology. Automated vehicle technology is not just about realizing the automated driving function. It is crucial for improving advanced driver assistance and active safety such as collision avoidance,” said Frank. And for me, greater car safety is the bottom line.

Next up: A self balancing, self parking motorcycle.