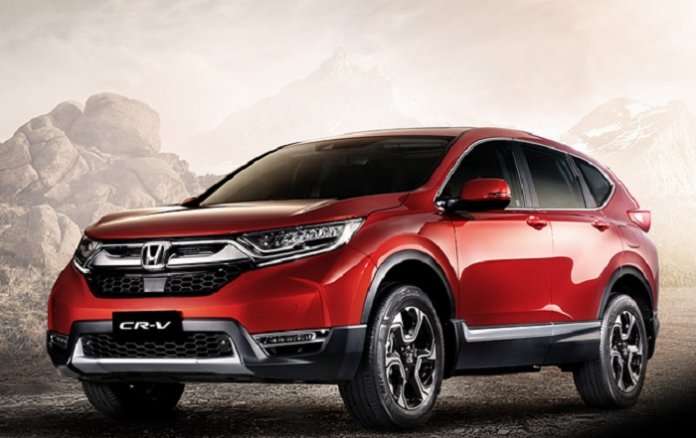 3-row Earth Dreams Diesel CR-V slated for the Philippines,why not in the U.S

As reported by Torque News in past years, the highest fuel efficient Honda cars and light trucks on planet Earth run on diesel engine power. A 1.6 Liter, 9 speed turbocharged Honda CR-V makes its debut in the Philippines, why not in the U.S.?
Advertisement

With Volkswagen’s Diesel Gate long gone from the media, and fading quickly in the memories of those unaffected by the gross debacle, diesel power is making somewhat of a comeback in world auto markets. Long a mainstay in Asia and Europe, where the majority of personal and public transportation is diesel fueled, it’s more common than not to roll on diesel power. We reported back in 2016 on Honda’s record breaking diesel powered Civic Touring.

According to Daily Inquirer's Motioncars: A new diesel CR-V is headed for the Philippines: “After having lurked in the background as niche options for many years, they are now becoming wildly popular, especially in European markets where diesel variants have made up more than 50 percent of new vehicle sales.

“Other markets, including the Philippines, are following suit considering that automotive manufacturers have been engineering solutions to increase both the fuel economy and horsepower of the diesel engine.”

“We are confident that we will create the new benchmark for the future of SUVs,” said Honda Cars Philippines, Inc. president and general manager Noriyuki Takakura.

Takakura said that in response to the growing SUV market in the Philippines, Honda will continue to introduce exclusive specifications that will cater to the unique requirements and needs of customers, reported Motioncars on Monday.

Personally, I love the idea. A high torque, fuel efficient diesel engine fitted in a premium, well connected 2018 Honda CR-V reads good to me. Bring it on Honda.

Honda News Philippines: The Philippine specific 2018 Honda CR-V offering will be powered by a new technology 1.6 Liter turbocharged 4 cylinder “intelligent diesel” I-DTEC, 9=speed AT, and to be competitive in Asian market likely exceed 50 MPG. For more information on the 2018 diesel CR-V. Might we see a 3-row diesel powered CR-V for the U.S.?

Diesel is the fuel of choice in many regions across the globe. Used primarily as a commercial fuel in worldwide, diesel fuel stores longer, is less volatile to transport, and runs well in compression burn, long-life, low maintenance engines. On a side note, 55% of diesel fuel refined in the United States is exported to Europe and Asia, and is not subject to shelf-life related octane loss or water contaminates.