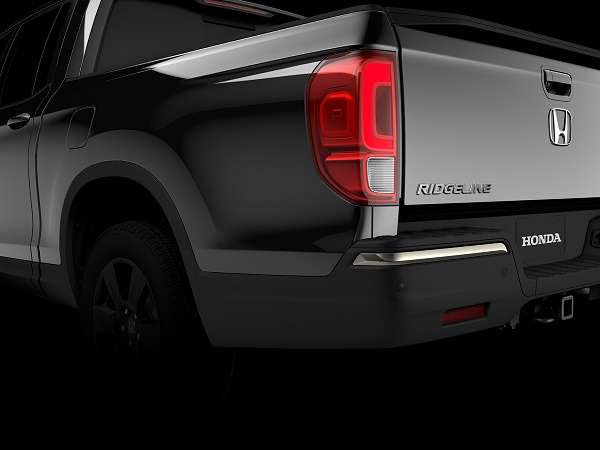 The 2016 International Auto Show season begins for Honda fans with the Detroit reveal of the next generation 2017 Ridgeline Pickup. Great, please excuse me while I digress.
Advertisement

2015 began for us with a Miami Beach reveal of the Fit platformed 2016 Honda HR-V. We found the compact crossover to be a viable contender for any driver wishing for the fuel economy and versatility of Honda Fit, with the option of coupe good looks and all-wheel-drive utility. Love it! 2016 Pilot gives Acura MDX a run for the money Next up for Torque News was the next generation Pilot. Sharing more than one attribute with the upline Acura MDX, 2016 Pilot proves not only to be measurably refined over the outgoing generation, but a bit mind bending as to new found active and passive safety features, cell phone connectivity, a more power V6, optional 9-speed automatic transmission, real-world towing and off-road capability. We would spend some quality time in the outbacks of Phoenix, Arizona behind the wheel of 2016 Honda Fit touring. It too was surprising as to styling, interior utility, standard features and driving comfort. 2016 Odyssey S.E., a bit more than just another minivan

Next up: We would travel from Eugene, Oregon to Las Vegas on a 4-day excursion to 2015 Las Vegas SEMA Show in a 2016 Honda Odyssey S.E.. Comfortable, fuel efficient and long-distance-hauler competent, Odyssey was an education as to the standard featured value found in lower trim level Honda cars and light trucks. Need I say more, the 2016 ‘refreshed’ Accord V6 Coupe is one of if not the finest midsize performance coupes on the road today. Honda Accord Touring effectively breeches the price barrier of the midsized metric performance segment. 2016 Civic remains on the short list for several publication’s ‘Car of the Year.’ we spent a day launching turbocharged Civic Touring through the canyons of Malibu, California, arguably the most powerful and road worthy Civic manufactured to date.

New dynamic styling, frame and chassis improvements, driveline and engine upgrades, simply the icing on the cake that is the all new Ridgeline. We look to 2016 Pilot Elite for a clue or two as to Ridgeline active safety upgrades, exceptional standard features, real world off road traction and towing capability. Honda promises a “more conventional” Ridgeline.

Personally, I hope it’s not too conventional. I may be the last man standing that appreciates the outgoing Ridgeline unique look.

Next generation CR-V, reinvented Accord hybrid, stand alone EV plugin and much more

Honda’s Jeff Conrad has stated that 2016 will continue the reinvention momentum exhibited by the maker in 2015. We look to 2016 as a yet another record sales year for American Honda Motor Company.