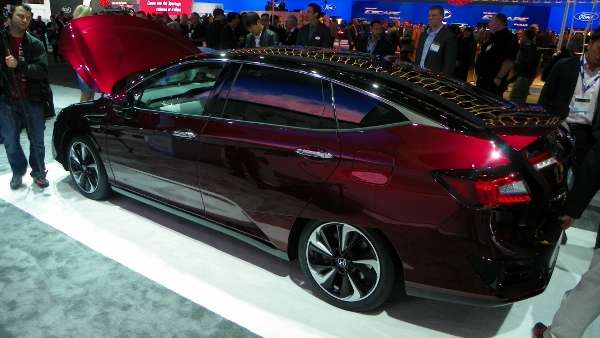 2017 Honda Clarity BEV long-range not in the equation

Blazing through Monday morning’s email in box, we come across an Automotive News tidbit claiming between charge range for Honda’s pending Clarity BEV(battery electric vehicle) - it’s a bit deflating for this Honda EV fan. According to Automotive News, long range for Clarity BEV is not in the marketing equation.

Why buy new? There’s no shortage of used 80 mile range EV’s on the market

Last weekend we hit the local Hertz used car resale lot in Eugene, Oregon on the hunt for a low mileage, used EV. Hertz advertised several gasoline/hybrid and BEV (battery electric vehicles) priced appropriately for President’s Day, with some as low as $8900. Cool! But here’s the problem, more so, for for my long-term-thinking wife, than this car guy. Range, or in this example, a lack of it.

The exceptional condition, low mileage Ford Fiesta Hatchback, Nissan Leaf, and a stunning pair of Fiat 500e’s claimed no more than a 70 to 80 real-world-mile range between re-charge, not enough drive timeto capture Nancy’s confidence -- thus is the case for Honda’s near future Clarity platform BEV. While measurably larger than most of the offerings in the sub-Tesla S market, 2018 Clarity BEV will come to the U.S. with a reported between charge drive range of 80 miles.

“A pillar of the Honda brand is affordability, and if Honda came out with some obscenely priced long-range electric car, what does that do for the brand?” Steve Center, vice president of environmental business development at American Honda Motor, told Automotive News. “Most of our customers would not be able to acquire it.” Could be Steve. Honda looks to a hydrogen fueled future 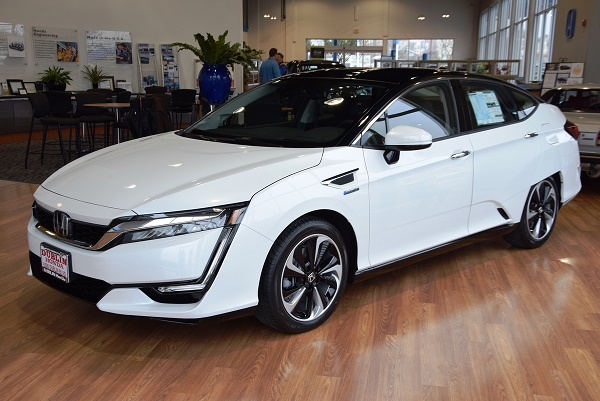 Here’s how I see it

Honda Clarity BEV will be a specialty executive-like city commuter with a limited, yet useful in-city drive range. Consumer's shopping in the below $40,000 range, will most likely opt for Chevy Bolt, or the near term release of the Tesla 3 -perhaps.

Honda states that the initial production run of the Clarity BEV will attract current lessees of the similarly drive ranged Fit EV. Honda tells Automotive News that the # change Fit EV drivers would like to see is greater car size, and that they’re comfortable with the limited driving range. O.K.. Read my take on Fit EV here.

The return of the electric vehicle to prominence is a 100 year long road to public acceptance, and frankly, cheap-plentiful gasoline has stalled that evolution. Honda., a company that embraces “green,” through super low emissions I.C.E, segment topping fuel economy, and now, hydrogen, electric drive technology, falls short on delivering a battery electric vehicle that surpasses the drive range claimed by Chevy Bolt, a car priced in the anticipated MSRP range of Clarity BEV..

As with all speculation

As of the posting Honda has not stated a market arrival date of an estimated MSRP for the Clarity BEV. As with Honda’s fuel cell partner General Motors, the electric side of the automotive division is miniscule in manufactured volume. While I believe the logical progression of personal transportation is electric, the future of the affordable electric vehicle is dependent on the wholesale cost and volume availability of smaller, denser battery modules. They’re working on it!