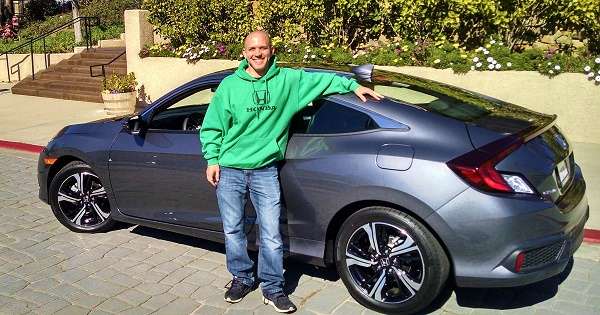 “Tuners” are an inquizical group. Today we catch a handful of them pondering a performance upgrade for the first production turbocharged Civic in the maker’s history.
Advertisement

None the less, the Honda Fanboy crowd want more

I get it, No Civic Si… Some of us seem to be having a tough time getting past the point of accepting a Civic lineup missing the much coveted yet very low volume selling Civic Si trim group.

Despite the fact that the turbocharged 1.5 Liter Earth Dreams ™ 4-cylinder engine, when paired with a CVT smokes the 9th generation Si from zero to 60 mph and in the midrange -- thanks to crazy throughout the (non shift) shift range torque, some 10th generation Civic owners want more!

It’s cool, I get it, can we make it faster without voiding the warranty

Back in the day, old-school, the challenge for compact car drivers was often one of extracting as much fuel efficiency and added horsepower out of a choked, over regulated smog controlled engine.

This was most often accomplished on the budget side by remapping fuel delivery, increasing unrestricted air intake and subsequent exhaust outflow -- most often achieved by turning to aftermarket, replacing the factory airbox with a higher volume, cold ram air filter assembly, and modifying the exhaust -- greater pipe diameter -- eliminating baffles, and in some extreme cases(don’t do this at home) chucking the factory catalytic converter, fooling the sensors, etc.

Keeping it legal and in warranty

Today's cars, and specifically in this case, the 2016 Honda Civic engine and transmission lineup, is the result of 3 to 5 years of specific and very targeted worldwide engineering, product development, and careful EPA compliant production standards. 2016 Civic Touring is pretty darn quick in its out of the box stock configuration.. Could 2016 Honda Civic be quicker, handle better, be just a bit edgier?

Probably. But I don’t think I’d be pulling out the engine modifications quite just yet. Let’s read what our friends at CivicX.Com are buzzing about today.

Perhaps you have an idea or two as to a * mild, non warranty busting modification for 10th generation Civic. Bring it on!