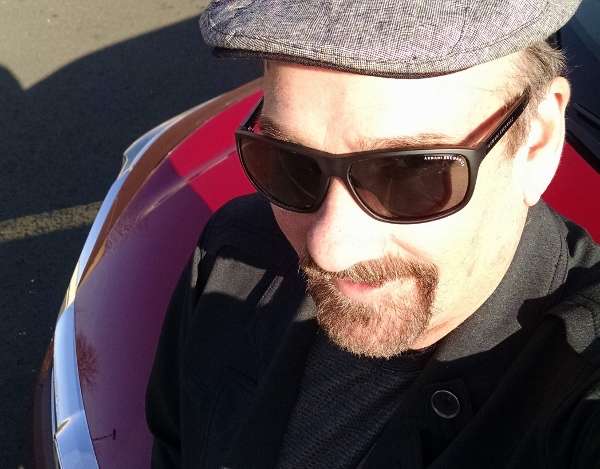 There she was, sitting between my 2016 Civic passenger side mirror and the handicap ramp -- “I swear officer, I didn’t see her!” Thankfully Honda “Lane Watch ™” did.
Advertisement

Living in the second most popular business-bicycle-commute city in Oregon has its benefits -- if you’re one of those that prefers 2-wheel-kinetic personal conveyance to and from the workplace. In the rain, and that does happen often in Eugene, visibility is limited, streets are deadly slick and coming to a timely controlled stop can sometimes be “iffy” at best. At these times Honda’s right side Lane Watch ™ feature saves lives.

Remember when you were a kid, that freedom to largely ignore stop signs, traffic lights, lane control, sidewalk abutments, parked cars and pedestrians -- that sense of self entitled “freedom” too often comes with one’s adult mindset when free-wheeling a bicycle through town -- I get it, I ride a bicycle. “It’s still there man!” But often comes with a very steep and painful price tag.

I’ve personally witnessed 3 car/bicycle collisions downtown, one fatality, so I keep an eye out. Unfortunately, in both instances the bicyclist came up on the short end of the stick, face down on the concrete and not happy. The car involved in these most unfortunate encounters most always wins to a measurable degree, although rarely exits the scene unscathed.

Driving in the city, particularly the older narrow 2-way-road sections of town, shared with pedestrian traffic, can be harrowing. Such was the setting last weekend while driving the Broadway corridor of downtown Eugene. Granted, it was late afternoon and raining -- bar and theater patrons walked the street -- mixed in with the familiar hand and sign extended pan handler or two.

As we came to a full stop on the corner of Broadway and Willamette St. I viewed a fast moving bicyclist in my rear-view mirror bouncing in and out of stop and go traffic. Did he or she see me?

You know how it is, a balancing act of keeping your eye on the road ahead, while scanning your rear-view and side mirrors for oncoming and cross traffic -- an ongoing controlled chaos that changes by the second. Good enough! I began my right turn onto Willamette after the Jamaican Summer slow crossing of the new “legally” stoned participants of a pub crawl.

With the flip to the right with the turn indicator lever, the Civic Lane Watch blind spot monitor was activated; revealing the fast moving cyclist that seconds earlier maintained a safe distance between her front fender and my trunk line. No more baby!

Squeezed between Civic's pristine near zero mileage passenger side door mirror and the curb resided one pushy-ass cyclist. Without the aid of the Blind Spot Monitor, she and her sweet bicycle or worse would have hit the curb, stop sign, newspaper stand and a handful of Friday evening party goers. No worries … with the “flip of the bird,” Miss Congeniality was on her way, unharmed -- thanks to 2016 Honda Civic’s standard featured Honda Lane Watch active safety technology.