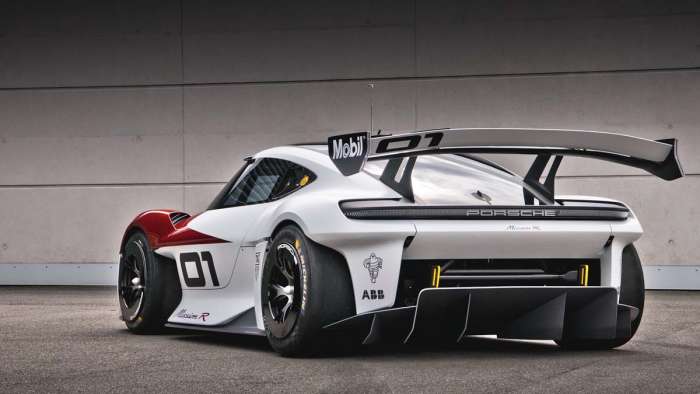 Porsche finally confirmed rumors about its intention for the production of the small electric sports car. As we already predicted, the new car, scheduled to appear by the end of 2024, will carry on the legacy of the 718 by retaining its name. Let me rephrase this – the new 718 will be a full-blown electric vehicle.
Advertisement

After yesterday's news about Lotus new EV architecture that will bring us a full line of sports cars, Porsche hurried to reveal the word about the electric 718. Today, we learned that the new 718 would come in its roofless and coupe guise, thus giving a new lease of life to influential names such as the Boxster and the Cayman.

So what do we know about the new all-electric Porsche 718?

Porsche gave us first glimpses of the new 718 at the Munich IAA auto show when the company revealed the Mission R Concept car. Its striking design, accentuated with massive aerodynamic features such as a large opening at the front and a gigantic rear wing, gifted us with a portal to the future. If you can imagine the Mission R Concept without any of the massive spoilers and other racing car features, you can probably figure out what the new Porsche 718 will look like. 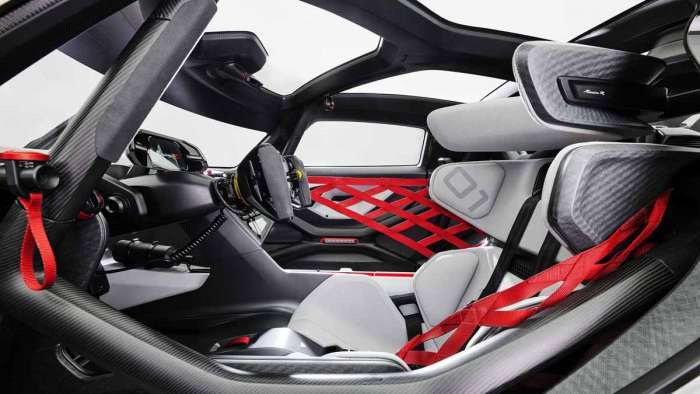 Porsche never showcased detailed information about its architecture or the power of its electric motors. CarandDriver journos, however, did a bit of digging and found out that the new electric 718 should come in several different guises:

- Single-motor RWD 718 Cayman (and Boxster)
- Twin-motor AWD setup for a high-performance version of the Cayman and the Boxster and,
- Racing car based around the Mission R Concept vision

True, this does not say a lot, but the Mission R Concept revealed earlier this month does. That one has an 80 kW battery pack, two electric motors – one at the front with 429 horsepower and one for the rear axle with 644 horsepower. Yes, we did the math before, and it is crazy. The Mission R has a maximum power of 1073 horsepower.

Now, while the Mission R Concept shoots above anything sized similarly to the 718, series production cars will offer a different kind of performance. Forget about huge numbers – not only because these motors could deplete batteries fast (Mission R Concept batteries can last for 30 – 40 minutes at full blast on a race track), but because we have something called the 911. No 718, electric or whatever, can ever be faster or quicker compared to it. While at that, I can tell you that the 911 will keep the ICE propulsion at least until 2030. This means that an entry electric 718 could hone a single electric motor developing no more than 350 horsepower. 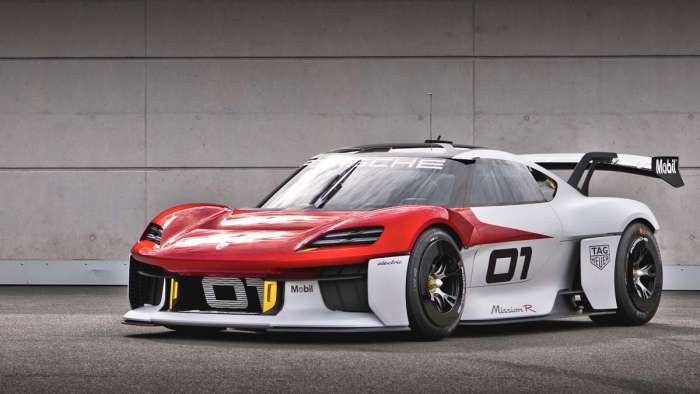 Zooming through the endless swaths of the Internet, I have found that Porsche aims to create a lightweight electric car that tips the scales at 3,650 pounds. The Mission R, for example, has a curb weight of about 3,300 pounds. It's a noble goal, but I am not sure how they plan to achieve it, considering Porsche aims to reach a range level of 250 miles on one charge for the future 718.

With the Lotus, Alpine, and Tesla all coming with an electric car within a few years, I can only figure that Porsche wants to offer the best deal possible. The new 718 should have Rimac-sourced technology, and it will benefit from the Volkswagen recharging network that grows by day in Europe. Nevertheless, we have a few more years to enjoy petrol-powered 718 cars. After that, it is all in on electricity.