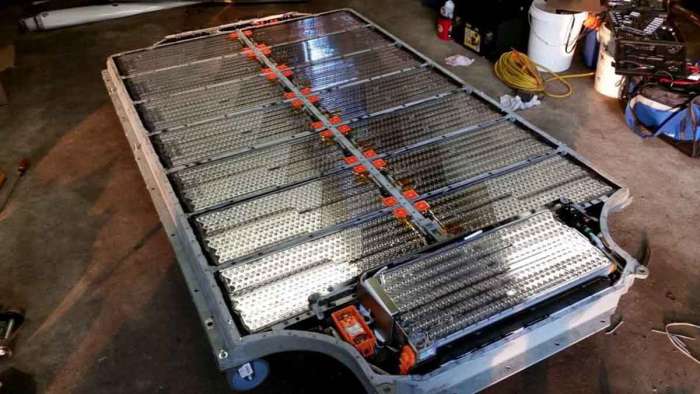 Back in 2018, Teslas Elon Musk proudly shouted these words on Twitter: „We use less than 3% cobalt in our batteries & will use none in next gen“
Advertisement

The company has worked since developing the cobalt-free battery, which could completely do without this material. Lithium-ion batteries in cars (and personal electronics) usually use this material to prevent cathode corrosion, thus increasing battery life and allowing batteries to charge at a higher rate. Now, Elon is at it again. The man all but officially confirmed that Tesla could do without cobalt in its batteries.

Developments in the Cobalt-free Industry!

While Elon Musk announced significant changes with the lithium-ion batteries more than three years ago, we are still to see the real-world adoption of the new cobalt-free batteries in electric cars. Now, cobalt, as cen.acs.org reports, „is key for boosting energy density and battery life because it keeps the layered structure stable as lithium ions get reversibly stuffed into and extracted from the cathode during battery operation.“

Apart from Tesla, which works with the Chinese company Contemporary Amperex Technology Ltd. (CATL) to develop the new-gen cobalt-free batteries, the GM works intensely with Panasonic. As you probably know, Panasonic supplies Tesla with batteries as well, but more about that a bit later.

Why does Tesla want to go Cobalt-free?

Tesla's intentions to turn to cobalt-free batteries are rooted in the fact that the mineral will be hard to come by in the near future. After all, some researchers suggest that the material demand will increase tenfold by 2030s. Furthermore, Caspar Rawles, an analyst at Benchmark Mineral Intelligence told Theverge.com, that there is a „number of new projects to mine cobalt in Democratic Republic of Congo (where they mine most of the Cobalt mineral anyway). I think we’ll have stable prices until about 2022, when demand is going to exceed what new supplies can come, and then prices are likely to increase.“

The other possibility is that Tesla does not want to link with cobalt mining practices in Congo. This country mines and delivers up to 70 percent of the world's Cobalt supplies. To keep the prices down, the Congolese government made a whole set of regulations for mining, and one of the most intriguing is so-called artisanal and small-scale mining (ASM). According to cfr.org „15 to 30 percent of the Congolese cobalt is produced by artisanal and small-scale mining (ASM). For years, human rights groups have documented severe human rights issues in mining operations. These human rights risks are particularly high in artisanal mines in the DRC, a country weakened by violent ethnic conflict, Ebola, and high levels of corruption. Child labor, fatal accidents, and violent clashes between artisanal miners and security personnel of large mining firms are recurrent.“

These problems span for years. After all, Amnesty International filed a lawsuit in 2019 against Apple, Dell, Google, and, picture this, Tesla. Apparently, the civil rights and legal organization filed a lawsuit due to child labor allegations against mining companies in Congo from which these western companies purchased needed minerals.

How Would New Cobalt-free Batteries Work?

Truthfully, removing cobalt could dramatically reduce the battery life cycle. As cobalt protects the cathode from corrosion, reducing its content in batteries could slash the life cycle of the battery cell. Thus, battery researchers at Panasonic, for example, found a way around it.
The batteries usually offer an eight-year warranty, which means they can keep 80 percent of their capacity after that period. According to Truecar, „under normal driving conditions, EV batteries can last 10 years before they need to be replaced. That's much longer than most people keep a new car.“

Panasonic managed to remove cobalt from the equation altogether. Their new range of 4680 batteries intended for the new generation of Tesla cars do not use nickel-manganese-cobalt cathode but a high-nickel cathode. Also, these batteries, scheduled to find their way into new Teslas in 2022, use silicon anode instead of a graphite one.

These batteries, which are differently packed compared with the current Tesla batteries, could prove to be a game-changer.

Tradeonlytoday.com reports that „according to Tesla estimates, the new design is 56 percent cheaper to produce and needs about half the real estate to generate the same power as a 74-kWh Model Y battery pack. Tesla says this will be the first million-mile battery, and estimates that it will retain 90 percent of its life after 4,000 charge/discharge cycles.“

The development of the new batteries is of paramount significance to the whole EV car industry. Panasonic's most recent 4680 battery, intended for new Tesla cars, is a step in the right direction. A disruptive one at that. Not only does this mean that Elon Musk was right when he said that Tesla could do without cobalt in its batteries, but he also showed initiative to lead us all even deeper in the direction of the electric car revolution.

tangible wrote on October 5, 2021 - 7:35pm Permalink
a more than 3 YEAR OLD TWEET is cold grist on which to base an article. how much you get for pay-by-the-word gimmicks like this ?