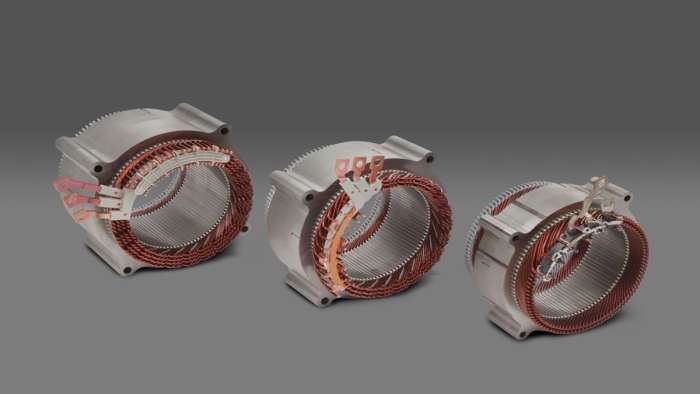 General Motors is building an all-electric future with its Ultium battery technology, but we didn't hear much about the electric motors powering it. The company has addressed that by unveiling three different electric motors that will not only be mated to these batteries, but will also power GM into the future.
Advertisement

General Motors has been selling pure electric vehicles since 2016 when the first generation Bolt appeared. But while the Bolt has recently entered turbulent waters due to a massive recall of its defective battery packs, it has also shown that the company has been in a bit of a stagnant period when it comes to its EV tech, with rivals like Ford rapidly improving their EV capability. That's changing though, with GM revealing three all-new electric motors that will be hooked up to their Ultium battery technology and will power models like the Cadillac Lyriq and the Hummer EV pickup.

Making their respective debuts at the 2021 Mackinac Policy Conference, the three motors promise to offer customers a wide range of performance while also symbolizing the flexibility that the broader Ultium technology will bring to GM's product lineup.

GM's EV motors themselves are split into three categories with the 180 kW front-drive and 255 kW front and rear-drive permanent magnet motors being the ones that are responsible for the bulk of the performance work. The smaller 62 kW all-wheel-drive assist motor, on the other hand, is being envisioned as a way to bring the all-wheel-drive to some models especially if the motors themselves are mounted in each wheel.

GM has said in the past that the motors and the accompanying battery packs can be arraigned to cover a wide variety of needs. For example, the Hummer EV can be equipped with up to three 255 kW electric motors which not only help send power to all four wheels, but also allow the pickup to produce over 1,000 hp. Other applications include the Cadillac Lyriq as well as a teased version of the Silverado EV pickup.

In addition to the electric motors, GM also provided a glimpse into the Ultium Drive motor controller that will play a key role in making the entire Ultium technology work in vehicles. These controllers will be integrated into the power electronics themselves which not only reduces weight, but also the complexity involved in producing the inner workings of the Ultium system. A secondary benefit is that it will enhance the reliability of the system with the integration of key parts resulting in less components that can spontaneously fail while an Ultium powered vehicle is on the move.

Look for the system to get its first real world test later this year when the Hummer Edition 1 EV pickup will begin to make its way to dealerships. This initial appearance will allow GM to learn from real world driving situations and also fine tune Ultium to help it perform at its best in other models.