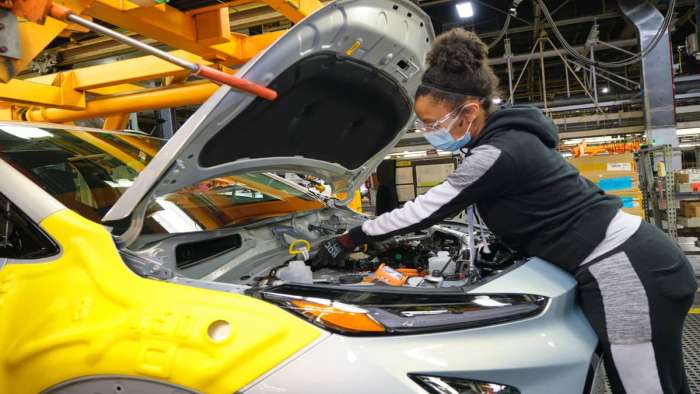 When we last heard word on GM's plans to upgrade the 50 year old Orion Assembly Plant, the car giant was trying to secure a tax abatement from Orion Township to help convert it into a cog in its EV producing machine. In a welcome update, GM has confirmed that it has received the abatement.
Advertisement

This development was the result of a recent board meeting in Orion Township which approved GM's request for a proposed $1.3 billion investment into the Orion Assembly Plant to produce EVs. The abatement was a key obstacle for GM, and now that it has received approval, the company can accelerate plans for upgrades to the facility. 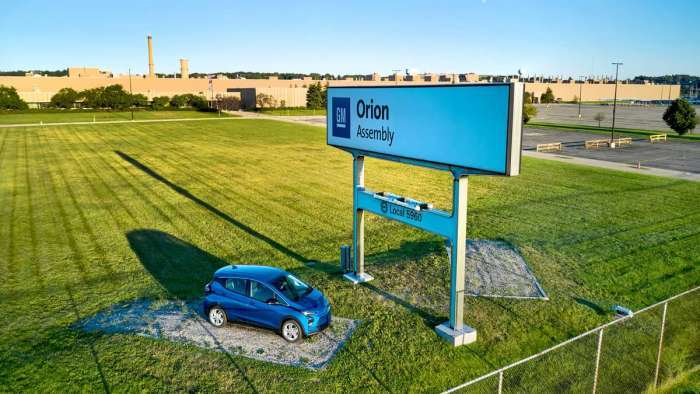 Orion Assembly is one of GM's core plants when it comes to vehicle production with the facility responsible for not only producing the Chevrolet Bolt, but also other models like the Buick Riviera, Oldsmobile Aurora, and the Cadillac Deville during its fifty year history. However, thanks to the Bolt, the plant has sat idled due to the ongoing Bolt battery recall which has seen GM and battery supplier LG scramble to fix defective battery packs.

The proposed upgrades that are coming to Orion will offer a glimpse into the role that the facility will play after the recall runs its course. In GM's own planning documents the company revealed that the investment will go towards building several expansions that will grow the plant's footprint while also making land improvements to further enhance Orion's ability to produce EVs.

Unlike the Bolt, the new upgrades will allow Orion to produce EV pickups though GM stopped short of what kinds of trucks will exactly be built at the facility. There's the possibility that the GMC Sierra Denali EV could be one of the trucks built there since this would help take some pressure off of GM's Factory Zero plant which is already responsible for production of the GMC Hummer EV, Silverado EV pickup, as well as the Cadillac Lyriq.

Upgrades Will Add Jobs And Retain Existing Ones Too 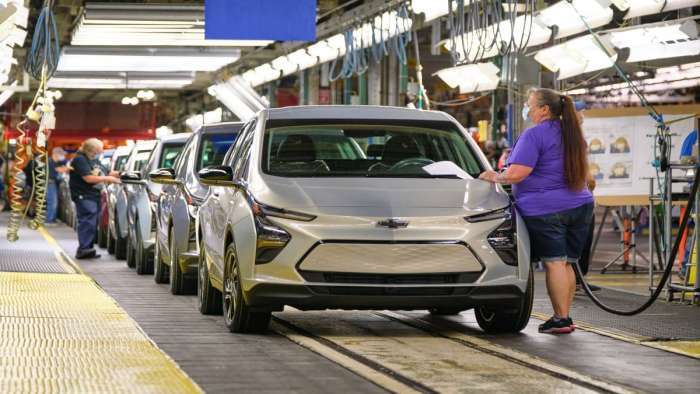 GM's investment will not only help it enhance it's green vehicle bottom line, but also help it be a viable contributor to the community with the company claiming that the new upgrades at Orion Assembly will be responsible for either the creation or retention of over 2,000 jobs. These jobs will help fill a void for Orion Township and allow the city to have more leverage when it comes to luring in new residents and families especially those that might end up working for GM at Orion.

"GM sincerely appreciates the support the Orion Township Board of Trustees showed by approving our tax abatement application this evening," GM spokesman Dan Flores said in a statement. "Securing all available tax incentives plays a critical role in any business case moving forward. Approving our tax incentive application is certainly a positive step forward, however, the proposed project is not approved. I’m not going to speculate on GM leadership making a final determination on the business case under development."

The latest moves with Orion also follow up on similar plans for GM's Delta Township Assembly plant which will also go through its fair share of upgrades to help it be a part of the broader EV scheme. In the case of Delta, GM is hoping to use the money from that particular project to build a new battery cell plant that it will operate in tandem with LG Energy Solutions. Like Orion, GM also applied for various tax abatements at both the local and state level to help finance the project and to also move things along.