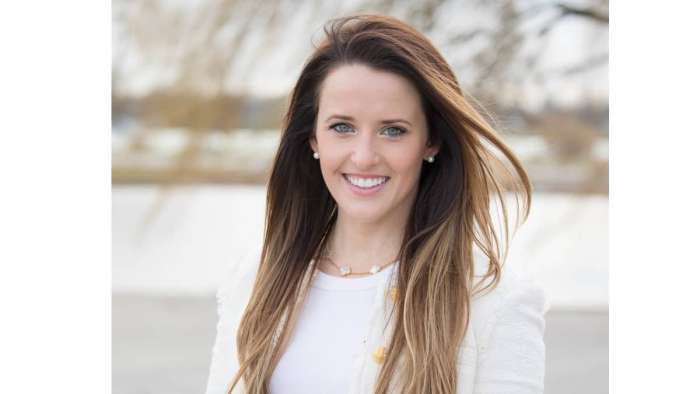 Ford made waves when it revealed that it entered a strategic relationship with upstart EV company Rivian, but it appears that the company has suffered a key setback with the news that their representative on Rivian's board of directors Alexandria Ford English has left her role at the company
Advertisement

When Ford first entered into its strategic alliance with Rivian, it appeared that it was the ultimate win-win scenario for both companies. Rivian would get a much-needed infusion of money while Ford would be able to work and utilize Rivian's skateboard vehicle platform for future models. However, it appears that Ford's priorities in the partnership with the departure of its lone board representative Alexandria Ford-English

Ford English's Exit Was A Stealthy One

Alexandria Ford English's exit from Rivian was one that generated little fanfare, with Ford not formally announcing her May departure publicly. This revelation only appeared on October 1st when Rivian revealed the information ahead of its IPO plans. English was replaced in June by Ford Vice President Doug Powers before he himself left the board in September.

Ford for its part defended its commitment in regards to Rivian and released a brief statement which was uttered by Ford spokesman Ian Thibodeau. "Rivian is a strategic investment and we're still exploring ways for potential collaboration with them. We don't have anything new to announce today."

When English first joined Rivian's board in May 2020, her arrival was widely praised with Rivian Chief CEO R.J. Scaringe revealing that he liked her passion for mobility and electrification while also pointing out her connections to Ford's long-standing history in the transportation sector. Rivian has so far declined to comment on the matter with company reps pointing all inquiries to documents they submitted to the SEC.

While the recent personnel shakeup may seem bad at first glance, it appears to be a part of a bigger plan. Thibodeau did say some time ago that while it had a representative on the board when Rivian was a private company, that arrangement was going to change when Rivian submitted its IPO request and went public.

Ford still has a 5% stake in Rivian according to documents filed with the U.S. Securities and Exchange Commission though it will now be the only major stakeholder without a rep on Rivian's board. In contrast, Amazon another key investor in Rivian also has roughly the same stake in the upstart firm, but it still has a presence in the board room.

Ford is also open to using Rivian's tech in future products though the company did cancel a mysterious Lincoln EV that would've used Rivian's skateboard architecture in the midst of the pandemic as the company was scrambling to save cash when the pandemic was causing massive damage to the global economy.

Jay Kuzyk wrote on October 15, 2021 - 5:23am Permalink
Ford copied all it could from Rivian. As Rivian goes public Ford can not be seen on a rivals bord. The pull a million pounds stunt by Ford, a F150 body was bolted to the frame/components of a Rivian. Why did Ford line up all those trucks? Nothing to see here. Fords electric division did not develop this quickly without coping someones work. Remember the "intermittent wiper" Ford got caught on that one. Pricing, Rivian is more truck for the money, compare same like options before u think Ford is less. $40,000 ask how much more for a steering wheel, plywood bench seat, glass.....
Grady wrote on July 7, 2022 - 8:37am Permalink
Very nice post. I just stumbled upon your blog and wanted to say that I have really enjoyed surfing around your blog posts. After all I will be subscribing to your rss feed and I hope you write again very soon! aid for ukraine