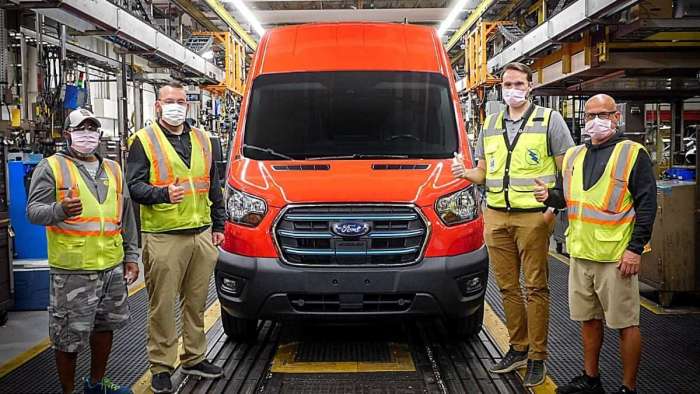 Ford is reaping the rewards when it comes to the EV market. While the Mustang Mach-E and the F-150 Lightning pickup have resonated well with customers, they are also part of a two-pronged offensive with the E-Transit electric van covering the commercial segment. But does the E-Transit have what it takes to truly jump-start the universal adoption of EV technology by businesses?
Advertisement

The Ford E-Transit electric van might not get as much attention in the press as the Ford Mustang Mach-E and the F-150 Lightning pickup, but the company is confident that the E-Transit can help jumpstart an EV revolution in the commercial sector especially with Ford CEO Jim Farley revealing via Twitter that the first production E-Transits are rolling off the assembly line in its Kentucky City Assembly Plant after a brief trial campaign.

When you look at some of the core essentials that the E-Transit brings to the table, the large van has several advantages that can help it stay ahead of rivals. One such advantage is familiarity, which is a crucial requirement for commercial customers looking to maintain a large fleet of cargo vans, especially if they need to occasionally borrow a part from one van to keep a separate van running. In the case of the E-Transit, it largely retains the basic design of the gas-powered model, including the core interior design and the same functionality-focused gear. The front fascia is where most of the changes are located, with the revised front grille hiding a charging port.

Great to see these all-electric E-Transit vans roll out of our KC Assembly Plant. The team is putting the vans to the test, making sure they are ready to work for commercial businesses. Grateful for everyone's hard work! #FordPro #ETransit #BuiltForAmerica pic.twitter.com/MHMd7f7d9n

The main difference here, of course, is the performance hardware with the E-Transit swapping out its traditional engine for an electric motor which gets its juice from a 67 kWh battery pack. That helps the van get 126 miles of pure electric range, which will help it excel in urban environments, especially locales where there's a healthy amount of charging stations to help keep the van in the sweet spot of its range throughout the workday. 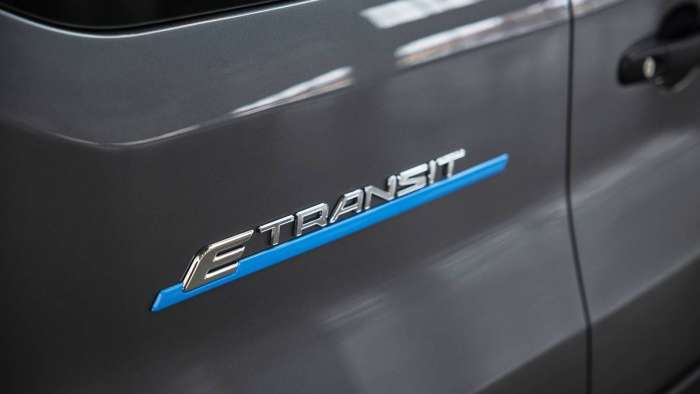 It's also important to note that the green hardware comes with a minimal weight penalty, with the E-Transit only weighing 600 more lbs than a non-electrified one. That means the van won't be lugging around as much curb weight when it's unloaded, and that, in turn, allows the van to make better use of the battery's juice. The range is affected by the kind of loads that the van will be hauling, but Ford reps in the past have stated that the electrified hardware can still deliver solid mileage.

In addition to the lower operating costs that come with removing the gasoline engine, the E-Transit will also benefit from several technologies offered by the newly formed Ford Pro division. A crucial part of the chain is an all-new E-Telematics suite which will be given to new customers on a free trial basis. This technology will allow fleet operators to not only track battery range (which will serve as a subtle way of making sure drivers stay on their designated routes) but also learn about power consumption trends and even help operators find a charging station for the van to charge at while they are making a delivery to a customer. 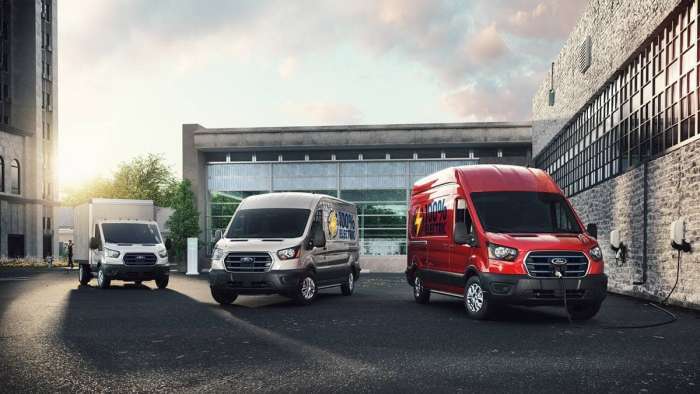 That might not seem like much but it rapidly becomes a potent selling point considering that neither the Ram ProMaster or the Chevrolet Express have matching software to help their customers. These deficits come from age, with the Express in particular not receiving a major update since 2003 (I was in middle school back then.) But look for Ford's advantage here to eventually become more equalized once more rivals get in the act, especially Rivian, Bollinger Motors and GM via their Brightdrop sub-brand.

For the moment, though, the Ford E-Transit will have a unique slice of the commercial van segment to itself, and its combination of old-school familiarity with new-school electrification technology will allow it to build a sizable headstart over rivals. Would you buy one? We look forward to hearing what you think in the comments below.

LG's New EV Battery Plant Is a Welcome News for Tesla
Tesla Giga Berlin's New Hurdle: It's Not Only the Gov't, but Now Tesla Itself
END_OF_DOCUMENT_TOKEN_TO_BE_REPLACED