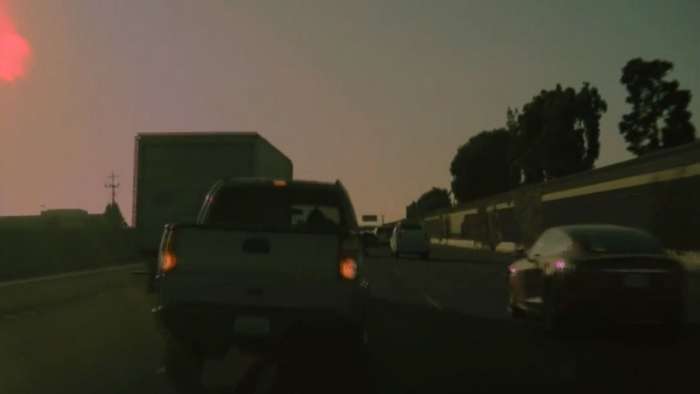 There was recent and tragic news of a teenage boys death while in a truck, which collided with a Tesla Model 3, ejecting the boy from the truck and causing his death. This is a sad and tragic death and I want to share how this could have been easily avoided.
Advertisement

According to Yahoo News, there was an accident between a Tesla Model 3 and a truck with a teenage boy in it. The teenage boy was ejected from the passenger seat and was killed. This is a very sad and tragic event. I have two daughters and I can't imagine one of them passing away. This accident took place on August 24, 2019.

I am sharing the video so you can also draw your own conclusion about what happened and I will also share my opinion on the situation.

What Is Being Reported About the Accident

Yahoo (and other news sources) are reporting that the family of the teenage boy killed in their trucks collision with the Tesla Model 3 are suing Tesla due to the Model 3 having autopilot engaged and claiming that autopilot is to blame for the collision.

The news is also reporting that the teenage boy was not wearing a seatbelt, which caused him to be ejected from the vehicle. I will quote the Yahoo news article:

"The teenager, who was not wearing a seat belt, was found lying face down on the interstate. His father, according to footage of the incident, had flashed his lights four times at the Tesla."

Why the Accident Happened

I have watched the video many times and here is my account of what happened:

Traffic was fairly congested and dense. Cars and vehicles were all around.

The driver of the Tesla Model 3 had their dash cam on and was driving at freeway speeds - with the flow of traffic.

Ahead of the driver and ahead of a white car in the lane to the left, is a truck.

The truck puts on its right turn signal and very soon after - what seems less than half a second, moves into the next right lane, ahead of the Tesla Model 3.

The turn signal of the truck blinks 4 times. On the second blink, it is moving into the right lane next to it.

The two vehicles quickly close in on each other and the truck hits its breaks and tries to go back into the left lane. The Tesla Model 3 vehicle does not appear to slow down at all.

The Tesla Model 3 collides with the truck, causing the aforementioned accident.

What Could have Prevented the Accident

My heart aches for the family of the teenage boy who was killed in this accident. Death of loved ones is incredibly difficult. I lost my mom in 2018 and my youngest sister at the end of 2020. It's not easy...

The truck put on its turn signal and immediately started moving into the right lane in congested traffic. The more traffic around, the riskier it is to change lanes and move around.

Whenever I am driving in traffic and am about to change lanes, I always put on my blinker, signaling my intent, and then look to see if it's safe to move into the next lane. If there are any cars coming up in the lane I want to go in, or two lanes over from where I want to change lanes, I abort the lane change. It does not matter if I need to make an exit or will lose time, I won't make the lane change unless it's clearly safe.

The reason I abort the lane change in this case is because I drive very defensively and assume others aren't going to make it safe for me to change lanes. I'll only change lanes if I see I can do so within the flow of traffic and with the lowest possible chance of another car also trying to merge in the lane or speed up from behind.

Also, the truck hit its breaks after changing into the lane and tried to swerve back to the left. What the truck driver should have done instead is after moving into the right lane, kept its speed with the flow of traffic in order to avoid being rear ended by the Tesla Model 3 and also honking its horn seeing it speed up behind it.

Finally, the teenage boy should have been wearing a seat belt. This would probably have avoided him being ejected form the truck.

The driver of the Tesla Model 3 should have disengaged autopilot and simply hit the breaks to slow down and avoid hitting the truck. Even if the truck still slammed on its breaks like it did, the impact would have been substantially less.

The driver of the Tesla Model 3 is ultimately the one at fault here, I believe, because they did not slow down for the truck that moved into the lane in front of them. But both drivers could have easily avoided this collision with just a little more care and attention along with defensive driving.

Tesla has a number of safety features that I believe will prevent accidents like this in the future.

Is Tesla at Fault?

I don't see Tesla being at fault here. Tesla clearly states that someone using Tesla Autopilot must be engaged at all times and ready to take over at any moment. This clearly did not happen with the driver of the Model 3 here.

DeanMcManis wrote on July 8, 2021 - 4:52pm Permalink
The bottom line here is that the fault of the boy's death is 100% the responsibility of him not wearing safety belts! Most likely nobody would have been seriously injured if he had worn his safety belt. It is still a sad loss of life. But trying to blame Tesla is a weak move. Also the Tesla driver should have been watching the road, but this action is a common sight. I have seen so many similar accidents to this one, where the lane was open and someone quickly moves into it, and gets rear ended. The idea that Tesla sets up a sense of false security is a crutch for ignoring personal responsibility. People already assume that they can choose music, or read a text, or carry on a conversation and not get into an accident when driving, because most of the time it is fine. Some people also assume that driver's assist software works flawlessly, 100% of the time, which will never be true. The fact that autopilot is 99% effective means that it has already potentially saved hundreds of lives in similar accidents that were prevented, or made less severe. I do think that Tesla needs to start using their internal cabin cameras to double check that drivers are watching the road, even when Autopilot is engaged.
Cal Driver wrote on July 9, 2021 - 3:45am Permalink
I have been told many times by Tesla owners that the autopilot feature makes them more attentive to the road. If that's the case, perhaps you should aim your judgement at the Tesla driver since they were clearly at fault. The Tesla struck the truck from the rear that was signaling with plenty of distance for the Tesla to slow down and avoid the accident. Had this not been a Tesla or had autopilot not been a factor, would you feel this strongly that the kid deserved the death penalty for not wearing his seatbelt? Do you have kids? Ever know one to not do what they are told? Get real please.
DeanMcManis wrote on July 10, 2021 - 12:43am Permalink
When I grew up we knew that it was never an option to NOT wear your seatbelt. Just like you weren't allowed to blindly run across a busy street, or poke a knife into an electrical outlet. My day job is working with children, and a vital part of that is focused on their safety. And that is not negotiable, regardless of attitude.
Cal Driver wrote on July 8, 2021 - 8:29pm Permalink
Anyone who drives on the freeway sees someone ahead of them pull into their lane multiple times a day every day. Often they don't signal and sometimes they are a lot closer than the pickup truck was to the Tesla. The bottom line is that if the Tesla had been driven without Autopilot engaged, there would have been no accident.
Martin Winlow wrote on July 9, 2021 - 6:44am Permalink
It isn't any sort of 'bottom line' that "... if the Tesla had been driven without Autopilot engaged, there would have been no accident." It it were, then there would never be any collisions where one car is rear-ended by another in similar circs. As it is, this happens thousands of times a day the world over. There are 2 'bottom lines' here: 1/ failure of the driver to ensure the reasonable safety of his passengers (by driving without them all restrained using the available seatbelts) and 2/ the inattention of the Tesla driver (and possibly also that of the pickup truck driver).
DeanMcManis wrote on July 9, 2021 - 12:36am Permalink
Also I just spotted that this accident happened over 2 years ago. Why are the lawsuit and news articles just coming up now? Call me jaded, but it looks like short sellers are involved in this lawsuit's timing.
DeanMcManis wrote on July 9, 2021 - 3:30am Permalink
That assumes many things. I have personally seen dozens of similar accidents where it was obvious to me that someone was quickly merging, but the driver who hit the merging car clearly wasn't paying attention. It is so common, but it's just another nondescript accident when there is not a computer to blame (and money to be made). So you won't hear about all of the accidents with a human behind the wheel, who is texting, or stoned, or sleepy and distracted, and it just becomes another buried statistic.