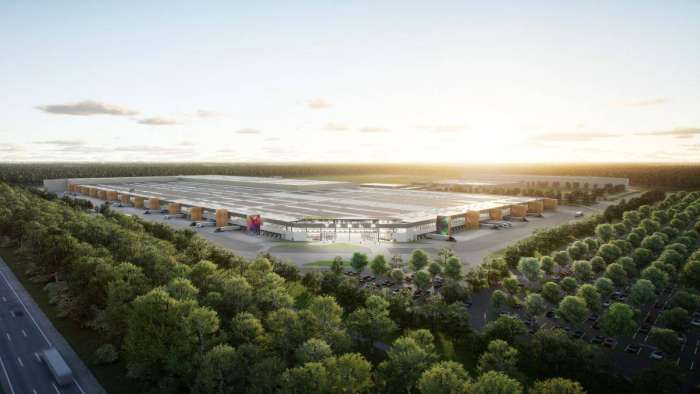 According to Steven Mark Ryan, Tesla makes a major strategic change worth billions of dollars and Germany continues to slow down approval of the expansion of Giga Berlin.

Giga Berlin is up and running now, after a lengthy process. All EV makers are in a position where they are not able to meet the demand of customers. Nobody is able to keep up, not even Tesla. There are multiple issues, so creating any delay in EV production seems like a bad idea.

There is also an incentive for Tesla that will be worth billions just from building batteries in the U.S. It's going to equal thousands of dollars per battery pack for each EV.

Tesla has shifted its battery strategy in the U.S. Tesla has paused plans to make battery cells in Germany. If Tesla does this in Germany, that is an economic boon for Germany. Tesla isn't doing this to stop Germany's growth, but is doing it because of the red tape to expansion in Germany.

Tesla is now making more batteries in U.S. as it looks to take advantage of the tax credits in the U.S. Equipment and manufacturing is now being moved to the U.S. temporarily. The qualifying of additional tax credits would benefit Tesla and make Tesla's EVs cheaper as well as making the cost of EV battery packs cheaper. It's a win-win for customers and for Tesla.

As long as the cells are packaged and made in the U.S., there is a tax credit that can be taken advantage of. Tesla is taking the opportunity by building a Lithium processing facility in the U.S., in Texas, and likely is going to build more.

Most of Tesla's batteries are purchased in China from CATL. The inflation induction act seeks to reduce the U.S. dependency on China. There is a $35 per kilowatt-hour credit for U.S.-made battery cells. This seems like over spending and is good for Tesla. This means thousands of dollars per vehicle produced.

Tesla is going to benefit enormously from this. Tesla is all of a sudden going to get thousands of dollars per battery pack made in the U.S. This seems like a no-brainer to do.

Will Tesla make billions for U.S. made batteries because of tax credits? Will Giga Berlin expand?

Tesla Contemplates A New Strategy for China Retail even As Sales Boom
Jay Leno on Elon Musk & EVs: “I Think He Should Get ... Credit"
END_OF_DOCUMENT_TOKEN_TO_BE_REPLACED