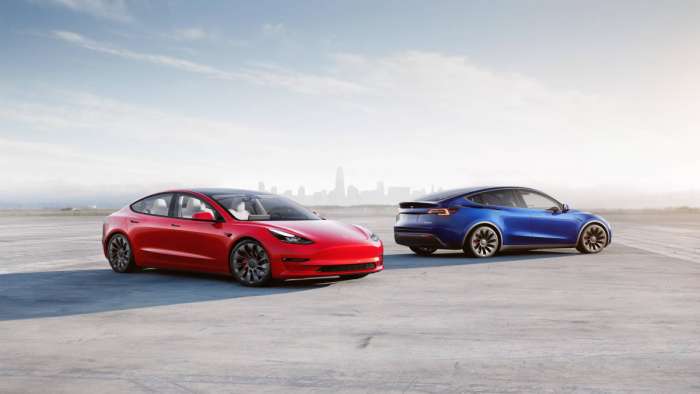 Tesla Is Untouchable and Here's Why

There is some clear data from CleanTechnica that shows sales of electric vehicles and hybrids, and the data shows that the race for the EV leader is not even close. Tesla is far and way the leader and is untouchable.
Advertisement

Tesla Is Untouchable and Here's Why

There's a set of data that shows the top 20 electric vehicles in the world. When you look at this, something in the data is very clear - Tesla is the far and away winner when it comes to electric vehicles. And it's not even close...

According to CleanTechnica ,in March of 2022 compare to March 2021, global EV registrations were up 60%. There were 851,000 registrations, making it the second best month ever - and this represents a 15% share of the overall auto market (of which 11% goes to the BEV share). This means that the global automotive market is entering the electric disruption zone.

If you add the 832,000 units of plugless hybrids registered in March, then there is close to 30% of the overall global market having some form of electrification last month. Also for plugless hybrids, last month's growth rate was 1%. That might mean plugless hybrids are entering the end of their growth stage.

I think this means that fully electric vehicles (BEVs), which are really the only vehicles that matter, are now growing the fastest from any other vehicle and companies that are fully electric are going to be the most successful in the market today. Tesla is in the lead position.

Future of Electric Vehicles and Tesla

The chart with the world plugin vehicle sales show the top models being sold. There are some hybrid vehicles shown, but let's look at the top vehicles sold in March 2022:

The 3rd place winner is the Wuling HongGuang Mini EV - a very small and cheap electric vehicle with low range. But this vehicle is not safe and an accident would most certainly cause bodily harm and injury. There are other vehicles in the list from VW and others, but Tesla far and away is the best seller with the next EV at 11,034 and some BYD vehicles at 10,000 units each. Tesla is nearly 10x ahead of the competition.

Tesla's Model Y sold as many vehicles as all vehicles from BYD, Xpeng, VW, and Hyundai. The Tesla Model Y and Model 3 alone have about a 20% EV market share in the world. When you look at the data for the first 3 months of the year - the first quarter, the same pattern holds true. Tesla's vehicles are far and away the best sellers, ahead of everyone else.

Tesla is also the top brand in March of 2022. Tesla has 180,253 vehicles sold -vs- BYD, that has a bunch of hybrid vehicles, at 104,669. Tesla is far and away the leader with fully electric vehicles, but is still nearly 2 times ahead even when hybrids are considered.

The EV adoption growth curve is increasing. At 11% for this year, we are headed to getting to 100% EV adoption in 4 or 5 years at the rate of current growth. This is with a 60% growth rate, which is conservative when you look at the data and trends.

At a 60% growth rate, in 2027, EVs will be flooding the global auto market at nearly 100% adoption. I would imagine that around 80% of vehicles in 2027 will be electric vehicles. This will be good for the world, climate, the economy, and is coming much faster than most people expect.

Will the market be 80% or more with electric vehicles by 2027? Will Tesla remain the clear winner still?