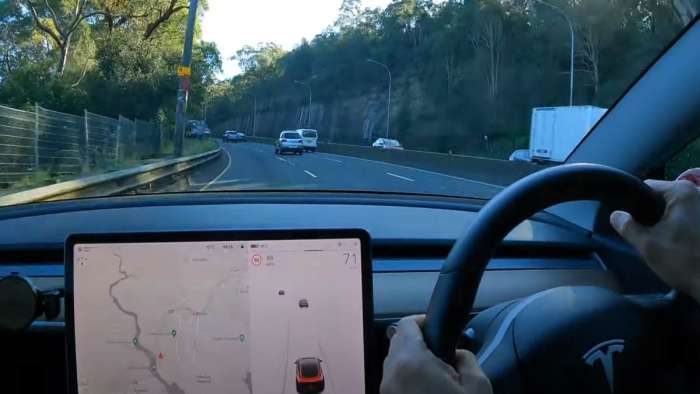 Elon Musk responded directly to a Tweet asking Enhanced Auto Pilot to be sold as a separate option from Tesla FSD. Elon Musk said, "Ok" and it looks like one man's Tweet is going to turn into a world wide feature release by Tesla.
Advertisement

In an under the radar response to a Tweet, Tesla has quietly brought back the ability to purchase enhanced auto pilot. This is a set of features that will be decoupled from Tesla's FSD so that someone can spend less to have currently working features and not have to buy the very expensive Tesla FSD.

Enhanced auto pilot was removed in 2019 when Tesla decided to have the basic auto pilot system become the standard on all vehicles. The next available upgrade was full on Tesla FSD, with a variety of features and the upcoming auto steer on city streets.

But, Tesla FSD is $12,000. That's a ton of money for most people and wouldn't it be nice if you could pay just half that or less for existing functionality that offered a lot of value while Tesla FSD was still being worked on before its wide release?

Tesla has listened to feedback it seems and now you have enhanced auto pilot being sold as an option with a ton of different options. The price for it is $6,000 and here is what you get:

Why this option hasn't been available in the past is baffling to me. Buying Tesla FSD for $12,000 right now with it being in the Beta is very expensive. Yes, there are videos of it working well on YouTube and that is awesome. But you are still paying $12,000 for BETA software.

Tesla is doing the right thing decoupling all of its working features from Tesla FSD. This still isn't available in North America though and I wonder why this isn't being made a high priority at Tesla. For $6,000, I think many people would add on enhanced auto pilot to their Tesla vehicle, significantly boosting Tesla's profits.

Elon Musk responded with an "Ok" to the Twitter user, Trev Page, who sent the below Tweet, asking for enhanced auto pilot to be a purchasable option for every Tesla vehicle.

It's not often that Elon Musk responds to a Tweet and even though the "Ok" response seems less than enthusiastic, you can be certain that Elon is very serious in his response to this and agrees that this is a good idea.

I'm looking forward to adding this on to my Tesla Model 3 when it gets delivered in a couple months. I also think that once you buy enhanced auto pilot, that the cost of that should be deducted from the price of Tesla FSD should you decide to also purchase that as well.

Is it a good idea for Tesla to bring back enhanced auto pilot? Will Tesla bring this to North America any time soon?