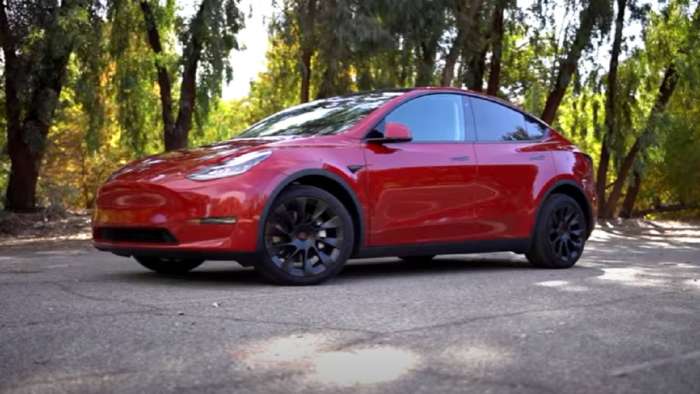 First deliveries should be expected shortly after

There were some Tesla Model Y vehicle bodies seen at Giga Berlin this weekend, which means pre-production operations could be starting at the Giga factory.

There was a drone operator, @Gf4Tesla, who is supposedly the one who found the Model Y vehicle bodies, 9 in total, at Tesla Giga Berlin. He also saw two unopened boxes, possibly containing more Tesla Model Y vehicle bodies. These vehicle bodies may help calibrate the machines there, including the Giga Press, so that the casting is done completely correct.

It took about a day for the Model Y vehicle bodies to be out of sight, likely moved into Giga Berlin for testing purposes.

Daniel Riek, who is Tesla's Senior Key Account Manager in Munich posted on his LinkedIn profile that the model Y has arrive in Europe. This is further evidence that Tesla is getting ready to start producing and delivering the Model Y from Giga Berlin.

Giga Berlin is still seeking the final permit for production by the Brandenburg's State Office for the Environment. I feel like this will be approved before year end and that we will see Model Y deliveries from Giga Berlin before years end. Giga Berlin isn't too far behind Giga Austin TX.

What do you think of the Model Y vehicles arriving in Giga Berlin? Does this signify that Model Y production will happen soon? Will Model Y deliveries happen before the end of 2021?