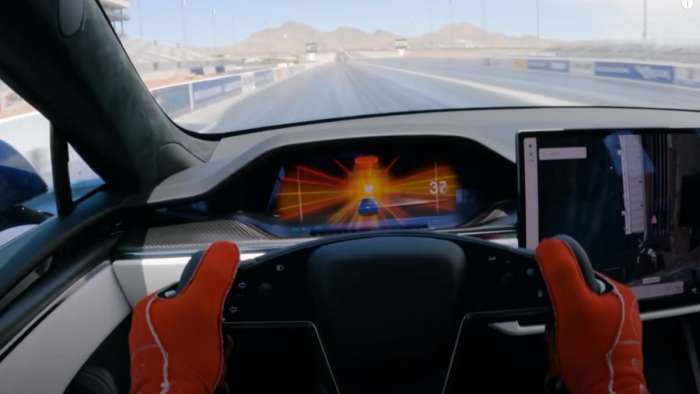 There was a Tesla Model S Plaid reported to have "spontaneously combusted" about 2 weeks ago, but since the initial reports, there hasn't been any news or details about the "incident". Why is this so and what does it mean?
Advertisement

Reports on the Model S Plaid that burned disappeared very quickly. I wonder why the Media isn’t beating that story to death? Too shady for even the Media to touch?

There was news, about 2 weeks ago, of a Tesla Model S Plaid that caught fire. The driver of the vehicle was supposedly trapped and had difficulty getting out. Many different news outlets published this story, but shortly thereafter, there was no more additional news. Something is fishy here...

The news report of the Tesla Model S Plaid fire stated that the driver had difficulty opening the doors in order to get out and that the car spontaneously combusted. The driver was at the wheel when the fire erupted. The incident took place on June 29th, 2021. The driver was able to eventually get out of the vehicle.

What is Really Going On

Why then isn't there further coverage of this event? Did Tesla pay off the person not to press the issue anymore? Knowing Elon Musk, I see this as VERY unlikely, if not a 0% chance.

Did the car hit something on its undercarriage that caused the fire? Even if that did happen, why aren't there other Tesla's catching on fire due to hitting things on their undercarriage?

Was this a DUI/drunk driving situation where the driver was under the influence of alcohol or some other substance? It's tough to say if this is true because we just don't have any information on it.

I think what's really going on here is that there was a situation that caused the Tesla Model S Plaid to catch on fire - at least that's what the pictures appear to show. But without actual video of the fire taking place, it's hard to pinpoint what caused the fire. There's been reports that the car was burning and driving up hill, but that seems to be speculation.

Was this a staged event? That seems odd because the car in question appears to have purchased the black paint, which costs an extra $1,000. Why would someone waste money who was planning to stage an event like this? Could it be arson?

There's a lot of failed "sniff" tests with this situation. There aren't many clear cut and dry details about what is going on. The fact that there has been no new coverage in about 2 weeks leads me to believe that someone has retracted their desire to have this story shared - for some reason that is unknown.

What do you think about the Tesla Model S Plaid fire? Was it a staged event? What caused the fire? Why aren't there any more news reports about it?

DeanMcManis wrote on July 17, 2021 - 8:51pm Permalink
My guess is that the fire was the result of an undercarriage accident, but I am guessing that Tesla wants to prove it with camera footage and the car's recorded information before it comes out in the press. It is also likely that because there was immediate legal action filed against Tesla, they might not be allowed to present their side publicly until the court proceedings are concluded. There is of course the possibility that there was a manufacturing defect because this was one of the very first Plaid models built, and there could have been some bug or manufacturing flaw that had been undiscovered. But I don't think so, because there are so many safety systems built into Teslas, especially with the battery packs. I wouldn't rule out self sabotage by a short seller, lawyer team that are looking to be paid $$$ hush money to settle the issue out of court. The impact of the China brake issue, lie/scandal could not have been lost on a few greedy American lawyers, or oil companies.