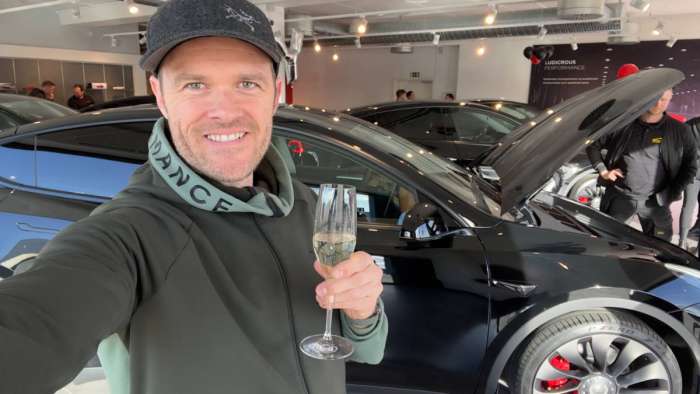 We have pictures of what appear to be the first Model Y deliveries to customers from Giga Berlin, something we've been waiting for since the 30 Model Y vehicles were given to customers at the opening event.
Advertisement

The delivery centers in Germany are supplied with vehicles - either pre-production for the show room, and also the vehicles being delivered to customers for sale. It's good to see Tesla Giga Berlin producing some revenue now with actual deliveries to customers.

Nabu and the Green League accused the State Office for the Environments of delaying or refusing the application documents being submitted. They don't see them being update with Tesla's documents. The access to the first must now be enforced through appeals. The environmentalists have repeatedly called for a halt to Giga Berlin due to water. It seems we've been through this many times...

Tesla has been approved by the government, and I don't see any complaints stopping the factory from running and producing cars now. The factory is set to reach a 500,000 yearly run rate once full capacity is reached. There were a large number of conditions which were finally met 2 weeks ago.

What do you think about the trucks leaving Giga Berlin with Model Y vehicles? Are these actually cars for customers?