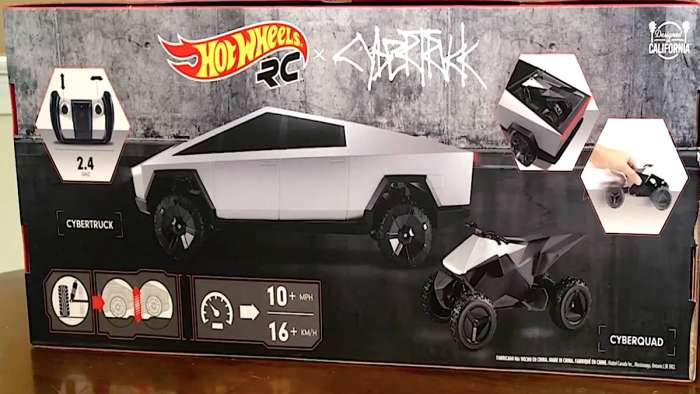 Now is your chance to own a working Tesla RC Cybertruck made by Mattel for only $100. Not only will you receive a working scaled-down version of the real thing, but there is an extra surprise for all-things-Tesla fans.
Advertisement

Tesla Cyberquad is One Step Closer to Becoming a Reality

A recent tweet from the good people of Electrek.Co alerted the Tesla community that Mattel is releasing with the upcoming sale of their latest scaled down (and less expensive) Tesla RC Cybertruck, an additional surprise: a toy Tesla Cyberquad ATV. 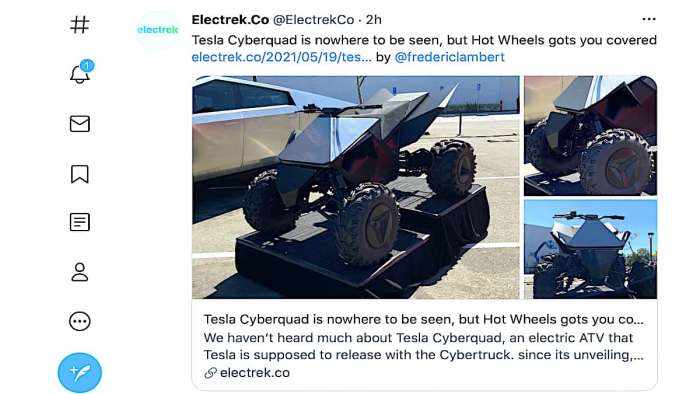 The Cyberquad is a potential real-life addition for the adventurous Tesla owner after the hopefully soon-released Tesla Cybertruck---which could “…easily become the fourth (then quickly third) best-selling pickup truck in the USA”---becomes available.

The toy Cyberquad is actually an accessory toy to Mattel’s latest RC version of the Cybertruck that is scheduled to be released for sale this Friday, May 21st 8 a.m. PT (11 a.m. ET). To become among the first to own this RC Tesla, you will need to log in to MattelCreations.com. However, recent attempts to access this website have been difficult, so it is best to prepare now rather than wait until the last minute on Friday.

Be aware that when Mattel Creations previously launched with a pre-sale of a high-end, hobby-grade collectors' model of the Hot Wheels 1:10 scale R/C Cybertruck in early 2020 (priced at $400), it sold out within hours.

See The RC Tesla Cybertruck in Full Detail And In Action

Here is a recent pre-sale review of this latest Mattel RC Tesla Cybertruck, by Bridget Carey for c/net news:

If You Want The Toy, Will You Also Want The Real Thing?

If you are excited about promised features and products from Tesla, here is an informative article about how Tesla's Reverse Summon could become a reality sooner rather than later.