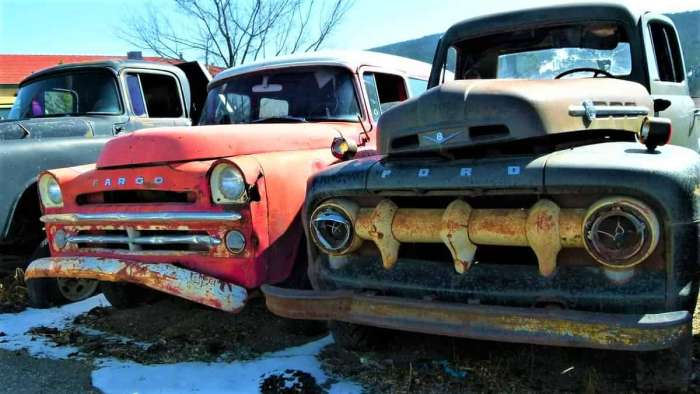 A Ford Truck Repair This Mechanic Refused to Do

Are there any repairs mechanics will just refuse to do? Here’s one example of a repair job that truck owners often find it difficult to hire a mechanic willing to take a chance on that is among the sketchiest repairs truck owners often need.
Advertisement

One of the biggest don’ts of vehicle restoration is taking on a project without fully inspecting the vehicle before committing to buying it. I know…this can be hard. Especially when the vehicle is one you’ve been wanting for years but is in another state and you are in an online bidding war with other potential buyers who are equally determined to possess a particular vehicle.

However, even when there are multiple pictures posted of the vehicle with comforting claims of past ownership and stating that it only needs “some minor work,” all potential restoration projects are best treated with a question you should be asking yourself: “If the person selling it doesn’t want it anymore---why?”

Yes, this is a rhetorical question. But a good reminder that you have to have doubts when it comes to buying any vehicle without an up-close and personal inspection.

What I am driving at is that one of most common deal breakers I have witnessed when it comes to buying an old vehicle for restoration is that of rust. I’ve seen a lot of broken promises driving cross country and spying what looks like from the outside a nice potential restoration project only to discover that the firewall, floor and/or frames were so badly rusted that it was questionable if you could winch the vehicle onto a trailer without it breaking in half.

It’s the Same with Modern Vehicles

As it turns out, this bit of advice is not just about vintage vehicle barn finds or countryside abandoned trucks, but it is also applicable when it comes to buying a used modern vehicle.

In other words, inspecting the frame should be the first thing you look at before anything else when considering buying a used car or truck. Especially trucks! Unfortunately, however, many used car and truck shoppers get hung up on what’s more easily seen and miss out on what should be a deal breaker.

What got me started on this topic was a recent Rainman Ray’s Repairs YouTube channel video where Ray shows why there are some repairs most mechanics will outright refuse to do---just because the repair should not even be attempted for safety’s sake. In this case, Ray was demonstrating an example of a repair request brought in where rusting of the frame was so bad that the power steering assembly was falling from the truck.

Rust is the cancer of cars. An insidious problem because it can be hidden from plain view while the rest of the vehicle can look not too bad. Just like the Big C in human health, in some cases it can be cured if you catch it early enough. But when it’s eaten through the frame, in most cases it is a goner.

To see what I am talking about, here is the video showing just how bad hidden frame rust can be and what motivated Ray to stop attempting a repair on a 2004 Ford F350:

Because there are always exceptions---even when it comes to heavy frame rust---here is a second video where a mechanic took on the repair job of fixing a heavily rusted frame on a Ford F150 and how he did it.

However, if you follow the comments to his video, you will see that this was a Herculean effort that many would not have attempted and point out correctly that such repairs are questionable when it comes to frame integrity and safety.

The value of this video also is that should you inspect a used truck and look at its frame, you will have a good idea of what this kind of repair looks like in cases of an unreported frame repair.

For additional articles about buying a used vehicle and protecting yourself with a thorough inspection, here are a few selected pieces for your consideration:

COMING UP NEXT: Consumer Reports Reliable Used Sports Cars for Under $25,000