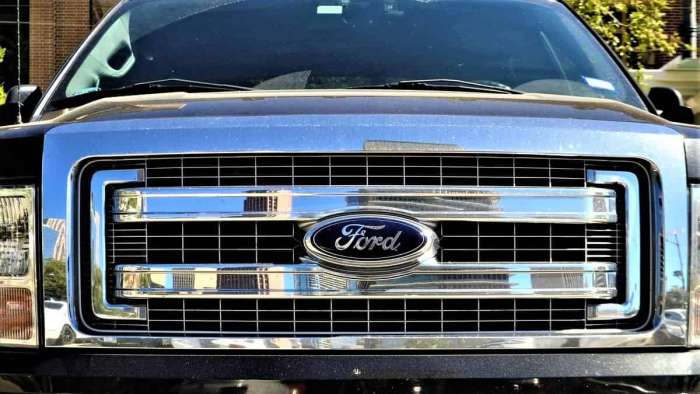 Here’s an informative explanation by a Ford mechanic why the Ford 5.4L 3V Triton engines are jumping their timing and cracking valve covers.
Advertisement

In an earlier article we learned about a fatal flaw that is destroying vehicles with Ford engines that has become a real---and expensive--- notorious problem for Ford truck owners who own the popular 24-valve (3 valves per cylinder) version engine in their F-Series trucks. (The 16-valve and 32-valve (2 valves and 4 valves respectively per cylinder) Triton engines that preceded the 3-valve engine are significantly more reliable and considered to be better engines.)

In it we learned from a qualified Ford mechanic host on the Ford Tech Makuloco You Tube channel that this flaw is preventable and can be identified before it grenades with a distinct ticking/ tapping engine noise sound.

As it turns out, this is not the limit to the 3-valve Triton engine woes as the host describes a new problem found in a 2009 F-150 5.4L 3-Valve Triton engine with just under 200,000 miles on it that resulted in a broken valve cover.

According to the host what happened is that the timing tensioner blew out causing the timing chain to significantly slacken which then results in the chain slapping the guides around. The guides (being plastic) eventually fracture into small pieces, some of which lodge between the timing chain and its sprocket, that then lifts the chain and sends it flying partially off the sprocket and against the valve covers where more breakage occurs, and oil goes flying about the engine bay.

Of course, when this happens, in a worst-case scenario the timing goes all to hell and you wind up with an expensive engine repair because it is an interference type engine where the valves and pistons are now out of sync with each other and thusly slamming against one another.

In a lesser worse-case scenario, the timing chain remains on its sprocket, but skips a tooth or two and causes misfires and rough riding. If the problem is caught soon enough it is repairable---but might not be worth the expense.

Due to the engine winding up so badly damage and scheduled for a replacement, the host put together an instructive demo video that takes the damaged engine apart to show viewers how the problem and damage occurred in detail.

That said, here is the video posted below and well worth the time to watch it in its entirety to see how serious this problem is and why it happens.

For additional articles about engine woes, here is a popular one titled “Six Vehicles with Fatal Engines or Transmissions to Avoid.”

Mike wrote on June 8, 2022 - 12:53am Permalink
Hi. I have a 2006 Ford F-150 with the 5.4 litre 3 valvé. 229,000 miles. Change the oil regularly. To avoid sludge. My truck still runs great. I know I'm a lucky truck owner.
Timothy Boyer wrote on June 9, 2022 - 9:34am Permalink
Good maintenance and how you drive can make a big difference. Yes, luck is a factor, but you should also give yourself a pat on the back. Thanks for the input. Always appreciated to hear from the owners of vehicles who have not had the potential problems.
Daniel C Reider wrote on July 29, 2022 - 4:13pm Permalink
I have a 2008 Lincoln Navigator with the 5.4L 3V Triton Engine it has almost 235,000 on it I keep the engine oil changed regularly and it has been a great vehicle. When I start up the engine everyday it still sounds great. I do check the oil level just about everyday to be safe.This vehicle has been great and I have enjoyed it very much.
Zach wrote on August 7, 2022 - 12:15pm Permalink
You are not lucky, you are responsible, so good in you. These engines have been known to be of good quality when maintained and capable of going over 300k. When poorly maintained they're junk and barely go over 100k.
Doug Magee wrote on July 7, 2022 - 6:47am Permalink
I have an '03 Supercrew Lariat with 285k miles. Have always run synthetic oil, regular oil changes. The only problem I've had is timing chain noise at startup. Started at around 80k miles. But engines runs great
Zach wrote on August 7, 2022 - 12:17pm Permalink
The 03 would have had the 2v engine, which is much more reliable