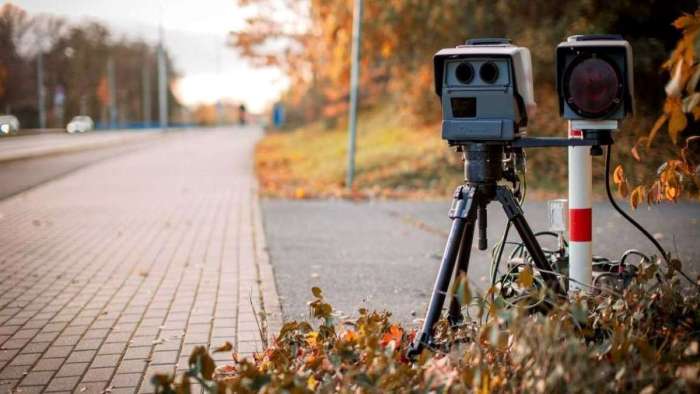 First off, let me begin by stating that I do not condone breaking the law---especially when it comes to speed laws. Since Covid began, anecdotally we can probably all agree that driving on the road has become more of a hazard with increased incidences of road rage and bat-out-of-hell drivers who push the limits of even economy cars as if they were in a Mad Max movie.

However, I can identify with any drivers’ feelings of being unjustifiably pulled over for speeding and getting a ticket. My first was on a small street when I decided to pass a slow-moving construction vehicle because it was throwing a meteor shower of stones behind it in its wake. I got ticketed for going 5 miles above the speed limit passing the monster.

Related article: Why Your Car is Probably Illegal

Later that week while at a driving school class to avoid paying the ticket, the topic of conversation always veered off towards the pros and cons of investing in a radar or laser detector for our cars.

One of the misconceptions of driving laws is that of what is a speed trap. In general, the term "speed trap" is used by motorists toward a range of stealthy police tactics used to enforce speed limits such as hiding behind street corner vegetation, backing into a driveway far enough to be out of easy viewing, or peeking over an overpass wall and radioing in to another officer further up the road.

The legality however of what legally constitutes a true and illegal speed trap---that can be argued successfully in court---varies quite a bit depending on the legal jurisdiction of the incident. Suffice it to say that in general the law covers itself against accusations of illegal speed traps through claims of legally justified reduced-speed zones deemed necessary to ensure public safety. In other words, it can be a broad definition with little recourse left to fight against in court when ticketed.

Two Videos: One for Fun and One for Detailed Info

What initiated this piece was a recent YouTube video by the Donut Media channel where the hosts discussed some police evasion devices related to speeding tickets. If it has one main useful take-away message behind it, it is that using a radar jammer can result in a $50,000 fine and/or five years in prison. In some cases, even having one without using it on the road is illegal and can result in heavy fines and/or jail time.

Here is the video posted to give you some idea about how radar and laser detectors work and the pros and cons of buying one for your car:

More About Radar Detectors and Jammers

While the above video was entertaining, a more detailed video such as this one from the CNET Cars YouTube channel covers a review of the best radar detectors and the features offered as well as some very useful supplemental need-to-know information before deciding to buy one for your car…or not.

In the video, you will find out:

For an informative article about another vehicle violation you can be ticketed with, here's one titled "The Gory Truth About Seat Belts from Consumer Reports and a Paramedic."

COMING UP NEXT: Avoid This Common Car Repair Scam with a Simple Touch Test

Carl D. Zendler wrote on July 8, 2022 - 10:56am Permalink
Please send me the price and literature about this unit please, thank you very much.