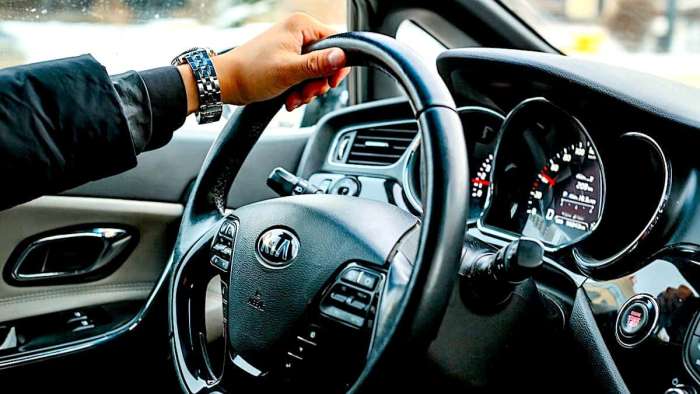 What do you do if you take a used car for a test drive and find that the steering pulls to one side rather than stays straight on a level road? Before making any buying decisions based on this alone, here are 3 simple tests you can do to help diagnose this common used car problem during your vehicle inspection process.
Advertisement

Reasons Why a Car Pulls to One Side

As we’ve discussed earlier, the importance of inspecting a used car or having a trusted mechanic do the inspection for you cannot be understated when it comes to making a used car buying decision and evaluating a used vehicle’s true value.

One of the must-do tests is of course, taking the car for a test drive to make sure it actually runs; but just as importantly---it provides an opportunity to detect problems that are not obvious when a car is parked.

One of those problems easily detected is finding yourself constantly adjusting the steering wheel to keep the vehicle in its lane while on a relatively level grade of roadway. When a vehicle does constantly pull to one side or the other, it can be due to several reasons that include:

However, even if you are not constantly adjusting the wheel to keep the vehicle straight, if the centered steering wheel car logo is angled rather than horizontal, then there is a related problem that needs to be diagnosed. Furthermore, any shaking of the steering wheel, failure to readjust itself after making a turn, or baldness on one side or the other of a front tire are signs of potential front end problems.

Why This is a Problem

Having a car that tends to pull to one side can be more than just an inconvenience. The facts are that it can lead to a shortened tire life because of uneven wear; it can lower your fuel economy; and, it could lead to a serious car accident that was avoidable if only the owner attended to the problem when it first manifested.

Three of these five reasons---low tire pressure, bad wheel bearing and worn linkage---can be easily diagnosed; whereas, the other two---bad front end alignment and sticking calipers---are a little more involved and require some disassembly and special tools to investigate, which is not generally possible during a cursory inspection of a used car.

That said, here is an informative video discussing why and how to do the following 3 tests that will provide you with at least some idea of what might be going on with a wandering vehicle to add to your vehicle inspection checklist results before deciding to buy a used car. While the low tire pressure test is a no-brainer, the other two tests are relatively less familiar to many car owners.

Deciding on whether a used car is worth your hard-earned money is not a decision to take lightly. As such, you can expect future articles that will provide easy and moderately difficult tests that you can do toward inspecting a used car and toward maintaining your current vehicle.

For more used car articles, be sure to check out the following links about “How To Spot A Used Car Being Flipped After a Hurricane” and “When Smelling Gasoline Around Your Car is an Immediate Problem.”

Photo by Damir Kopezhanov on Unsplash

Tesla Contemplates A New Strategy for China Retail even As Sales Boom
Jay Leno on Elon Musk & EVs: “I Think He Should Get ... Credit"
END_OF_DOCUMENT_TOKEN_TO_BE_REPLACED