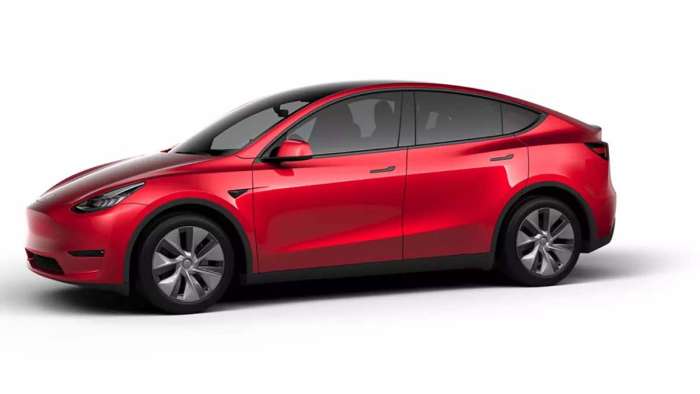 Tesla has raised the price on some of their models once again. There have now been a few consecutive price increases. Something deeper is going on within Tesla that is causing them to raise prices.
Advertisement

These are Tesla's most recent price increases.

Tesla raised the price of the Model 3 Standard Range Plus by $500 to $39,690. Unless a buyer chooses a white Model 3, the car will cost over $40,000. Most color options except for white have a $1,000 price tag attached to them. Many buyers will opt to get Tesla’s level 2 autonomous driving package which adds another $10,000. The Model 3 Long Range AWD and performance models also had their respective prices increased, but Tesla did add a new door trim to them. The Model Y Long Range AWD also had its price raised by $500.

Possible Reasons for these price increases

Demand - The Model 3 is Tesla’s top selling vehicle, and its name is gaining even more steam around the world. Tesla delivered more Model 3 and Model Y cars than they produced in the first quarter of 2021. Granted, the cars Tesla produces this quarter can be sold in future quarters, but Tesla might want to ramp up production even more. Tesla is building all these new factories, so they aren’t naive about the increasing demand. It’s just a question of how quickly these new factories can scale up their operations.

The Model 2 is what is expected to be the $25,000 Tesla, and it should be on its way to production soon. It would further diversify the market as new options and high demand seem to be driving prices up.

Check out this article that talks about credits and incentives Tesla buyers could be eligible for if they meet the qualifications.

Speaking of incentives and options, it seems buying a Tesla has become somewhat of a two-way street. Right now there are price increases and new add-ons. Tesla has many expensive options such as the $10,000 level 2 autonomous driving package. On the other side of the coin, buyers may soon qualify for thousands of more dollars in incentives due to EV tax credits.

Therefore, when buying a Tesla, it is hard to know exactly what the price of your car will come out to because it all depends what options you get and which incentives you qualify for.

Prices could fluctuate in the future

It would be fine if the prices of Tesla cars went up and down based on current demand. The prices have seemed to have been going mostly up as of late. The one notable exception is when the price of the Model S was cut in order to compete with Lucid motors. Elon Musk tweeted out a

DeanMcManis wrote on April 11, 2021 - 11:20am Permalink
I think that Tesla is simply anticipating that the current Green bill will go through which will offer a $7K-10K tax subsidy for Teslas once again. Tesla would be accused of profiting off of the subsidy if they jack up the price $7K once the bill passed, but this way they are just edging the price up slowly without explanation so that people look for legitimate issues that would cause the prices to rise, other than pure profits. It is not like Toyota, Nissan, and many others don't hike up their BEV prices to keep profit levels high while being competitive after the federal and state subsidies.