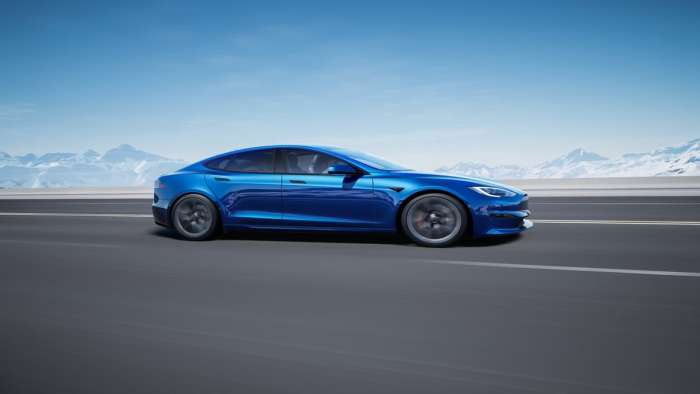 New Range Ratings Only Scratch the Surface Of Tesla’s Potential

Tesla has been making efforts to try to improve the range on their cars. Tesla has been successful at making these improvements. Their range numbers are at a point where a driver can go on a day long road trip and not have to worry about recharging the battery. However, Tesla is also working to bring the time it takes to charge the vehicle down.

The Model S plaid range numbers are not out yet. It has been estimated the Plaid has a range of around 395 miles.

Tesla has done some important things to build their vehicles to go further on a single charge. The first thing Tesla has done is something called Project Palladium which was a project that involved the re-tooling of production lines to build new battery modules for the Model S. The Model S also has a new body, so that usually affects the range.

Lastly, the Model S Plaid, the Cybertruck, and the Semi will be using the 4680 cell battery pack. Tesla has so many ways they can improve the range of their cars. The question is not whether Tesla can make range improvements. Instead, it remains to be seen exactly how many more miles can be added to Tesla’s range figures.

DeanMcManis wrote on June 17, 2021 - 1:48pm Permalink
Tesla's Model S Long Range capabilities are impressive considering that they still use the Panasonic 18650 batteries (although with modified chemistries) as they have for almost 10 years. The Plaid model will likely get similar range results on the base tire and wheel setup despite it's 1000HP capabilities, but there will be a range hit for both models when using the larger, high performance wheels and tires. In addition to faster charging for the Model S (and upcoming refreshed Model X), Tesla has improved their heating and cooling system, Octovalve, and heat pump. This will likely have the greatest impact on Tesla's real-world range capabilities because in the past, heating and cooling processes were less efficient, especially in extreme weather conditions.