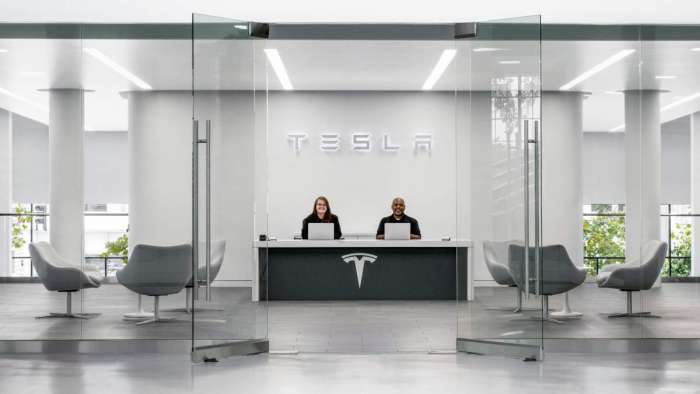 Elon Musk made a stop in the UK to look for a site to build a new Tesla Gigafactory on UK. This news update on Gigafactory UK is somewhat surprising only because it contradicts some of Musk’s past statements on the UK.
Advertisement

Musk spent two days in the UK which has caused many to wonder whether Tesla will actually go through with building a plant over there. Musk has also spent time in Germany as he tries to get approval to produce cars out of Giga Berlin.

Musk was previously skeptical about expanding into the UK

Musk was previously apprehensive to invest much into the UK because of concerns over Brexit. There were possible plans to build a Gigafactory in the UK being discussed in late 2019, but Musk ultimately decided to divert his resources from the UK to Berlin. The British government was disappointed by this move from Tesla because they had hoped to have a plant be built to create jobs. It seems that these concerns could be a thing of the past if Tesla is really going to build a plant in the UK.

What the UK can do to lure Tesla in

Tesla has received tax breaks to build some of their other Gigfactories. The British government could do the same for Musk if they think it will get his attention.

Why the UK needs Tesla

Ministers in the UK are helping to find possible sites for the Gigafactory. Britain is in need of a company that can produce batteries as well as electric cars, and Tesla fits that description. However, there are other EV startups and battery makers looking to enter the British market. Demand for batteries is projected to go up a lot, so Tesla would be a great company that could contribute in the UK.

Tesla entering the British market is still up in the air

One of the most important takeaways from all this is that Tesla’s future in the UK is still up the air. No formal plans have been made to build a Gigafactory. The British government might have to roll out the red carpet for Musk to want to build a factory according to some sources. For example, Tesla seemed very serious about entering the Indian market. Tesla seemed to want to build their brand from the ground up in India. It would be interesting to know what Musk’s motivations are to build a new Gigafactory in the UK. Musk has been frustrated with the speed of the process when it comes to launching Giga Berlin, so he could be using this time filled with uncertainty to try to get a factory planned in the UK.

JamesTum wrote on November 20, 2021 - 9:23pm Permalink
Good day! torquenews.com We present Sending your commercial proposal through the feedback form which can be found on the sites in the contact partition. Feedback forms are filled in by our application and the captcha is solved. The superiority of this method is that messages sent through feedback forms are whitelisted. This technique improve the probability that your message will be open. Our database contains more than 27 million sites around the world to which we can send your message. The cost of one million messages 49 USD FREE TEST mailing Up to 50,000 messages. This letter is created automatically. Use our contacts for communication. Contact us. Telegram - @FeedbackMessages Skype live:contactform_18 WhatsApp - +375259112693 We only use chat.