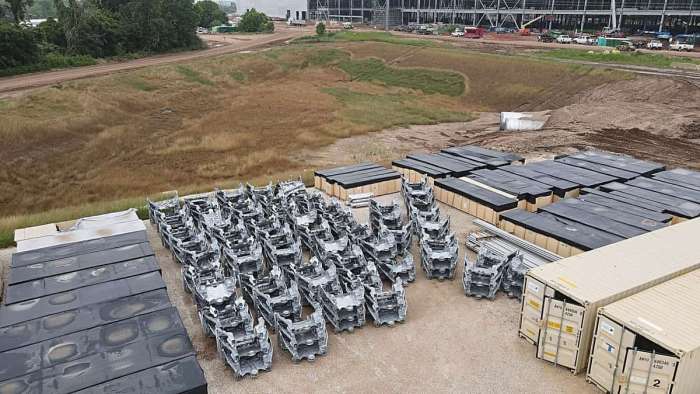 New castings have arrived at Giga Texas. It is unclear if these castings are for the production models.
Advertisement

Earlier this week, it was reported that the first Megascasting for the Model Y was built at Giga Texas. There is a lot of innovation behind Megacasting. The most important thing to know about Megacasting is that the battery is casted directly into the body of the car.

The most recent update is that some photos were posted of new castings sitting outside of Giga Texas . One of the photos show what appear to be many dozens of castings. These castings were placed on the ground at Giga Texas. They were sitting beside some freight containers.

Tesla may not be so far behind schedule

Originally the new Model Y was supposed to start production in July 2021. At this point, Tesla will probably not be producing any Model Y’s by July. Currently, the target date for production that has been laid out is toward the end of 2021. If these castings that just arrived at Giga Texas are to be used for production cars, then it’s very possible that Tesla is getting serious about starting production soon.

Where it’s said these Castings could end up

Some of these castings could be used for testing

There has been no clear indication thus far that the Megacasting being used for the Model Y has made it out of the testing phase. There were a lot of casts placed on the ground in both photos, and there could have been many more casts in the vicinity of Giga Texas that weren't in the photos. With that being said, based on the sheer number of castings, Tesla could very well be using them for production.

Another likely scenario is that these casts are being used for the pilot production line. This could serve as an opportunity to train the employees on how to perfect the casts. There is a good chance this scenario is at least partially true. 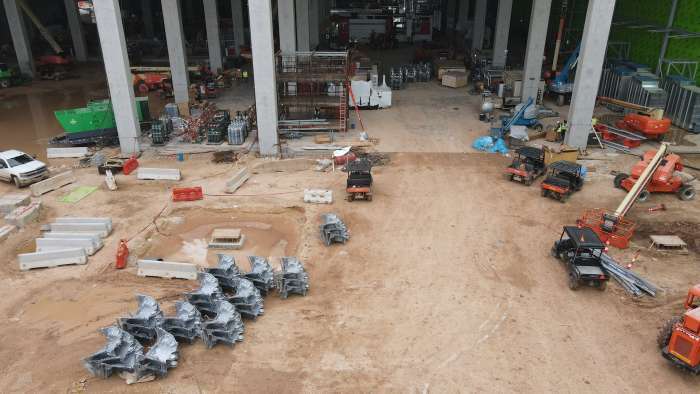 The photos of the castings on twitter have not received many likes, comments, or retweets as of yet. These photos were just posted, so it’s possible these photos could garner more traffic, or photos of castings could start to be posted by other sources. It is surprising these photos have gained so little traction.

This should be getting a lot more attention. If these castings are going to the Model Y GA line at Fremont for assembly, then $TSLA is going to have a blow out Q2. Need to do some more digging. @TeslaPodcast @Gfilche @WholeMarsBlog @SawyerMerritt @torquenewsauto @TroyTeslike https://t.co/PGx0pJLt71

DeanMcManis wrote on May 21, 2021 - 8:34pm Permalink
It is a hopeful sign. As is the recent confirmation that the Texas-built Model Ys will be using Tesla's new 4680 batteries.