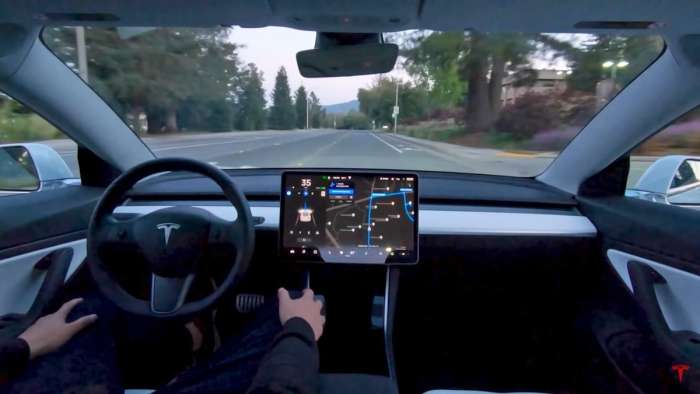 FSD Beta Version 9.0 Is On Deck For Tesla With Massive Improvements

The time has come for the release of Tesla’s newest FSD Beta update. There are many new breakthroughs in this update. FSD Beta V9.0 will be expanded to more drivers than the previous version.
Advertisement

There is a bevy of improvements that will be made for FSD Beta V9.0. This update has been anticipated for a long time. FSD Beta update 8.2 was in the news just one month ago. Even back then it was made known that update 9 would be the major update to look forward to.

The previous iteration of FSD Beta struggled to make a left turn when there was a flow of oncoming traffic on a busy road. The vehicle would start out tentatively. Then when the road was clear, the car would ease into a left-hand turn. These types of left-hand turns often require split second decision making, and FSD Beta V8.2 wasn’t quite fast enough.

Elon Musk sent out a tweet that said one improvement for version 9.0 was “weird corner cases”. Unprotected left turns fit the label of being a weird corner case. It is a situation that the car might not encounter a whole lot.

The most notable change for FSD Beta V9.0 is that Tesla decided to stop using radar. This has the potential to improve the most finicky aspects of FSD Beta. For example, two areas of growth for FSD Beta that would be nice to see addressed are the following: Moving over for oncoming traffic on tight narrow streets and turning into the correct lane as opposed to onto the shoulder of the road. These two areas and many others are something that doing away with radar could help address. Whether it’s addressed on update 9.0 is unknown, but it will likely be addressed in the long term.

Tesla not using radar as a backup

Tesla is not even using radar as a backup. This is a bold move, but one that should pay off in the end. According to Musk, it is advances in vision processing that have enabled this shift away from radar. He elaborates on this by talking about how radar can’t compete and is many bits per second too slow.

FSD Beta V9.0 is also said to have improved in bad weather. This can probably be attributed to the camera system. Cars such as the Model Y have recently been given a new cold weather package which is said to improve braking in snowy conditions.

The leg up Tesla has
A well-worded tweet talks about how Tesla is ahead of the game with their sensors. Tesla is using cameras almost exclusively because the AI has advanced to higher levels. Other carmakers with self-driving tech are using LIDAR still. This means that Tesla is two steps ahead in this category. No self-driving system is perfect, so it will be interesting to see what new pitfalls could be on update 9.0.

Tesla has been slowly rolling out FSD to a limited number of customers. These customers are sampling the technology. Their experiences driving on the road are helping Tesla’s FSD software improve itself. FSD Beta has made massive improvements. It has its weaknesses, but the AI still makes very few mistakes. The day Tesla makes FSD Beta into something that is on almost every Tesla owner’s car may be closer than we think.