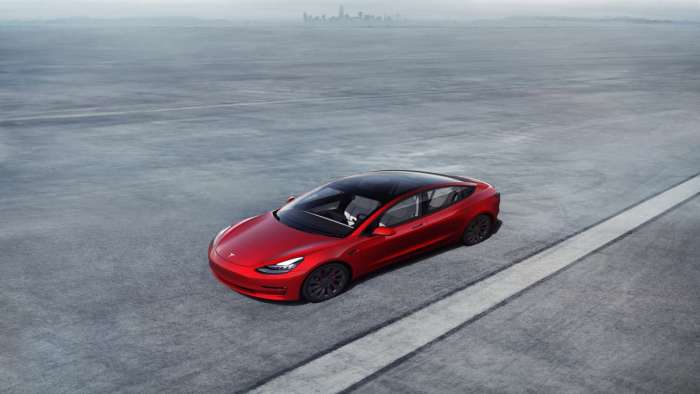 Elon Musk has had some lofty goals for Tesla such as getting self-driving taxis on the road in the near future. Tesla is struggling to even get some regular cabs on the road in New York City because the TLC has said it had voted to stop issuing licenses for electric cars.
Advertisement

Tesla is not directly involved in this case, but it is an indication as to what the future could hold if Taxi agencies won’t give them approval to operate. The company who is involved here is a startup called Revel. Revel has somewhat of bad reputation in the sense that they launched a ride-share program for scooters and three people ended up being killed on the scooters. It is unclear if any of the blame should go to Revel, but those accidents did happen under their brand.

Why the TLC says these vehicles can’t be used

The TLC has given some arguments as to why Revel shouldn’t put these vehicles out onto the street. The TLC said they had done away with the EV exemption. The counterargument Revel has presented is that they hadn’t published the rule change. TLC spokesman Alan Fromberg believed posting the final version of the rule change online would be sufficient according to the City Administrative Procedure Act.

The TLC also mentions concerns about traffic congestion. They say that having an EV exemption in place will make traffic congestion more of a problem. In terms of what Revel is doing, they are only planning to use what seems to be a small number of vehicles. Therefore, the level of traffic congestion probably won’t change much by adding these taxis.

So far, the TLC has announced that they voted to stop issuing EV licenses for taxis. The controversy surrounding this is that it was announced the TLC had voted, and this was the day before the actual vote was scheduled to happen.

The TLC tried to strike a deal with Revel, but this deal was counterproductive to Revel’s goals. The TLC said Revel could launch their EV service if they bought 50 gas cars.

Revel thinks this is a battle they can win

Revel C.E.O Frank Reig thinks that they will be granted approval to use these Tesla vehicles as taxi cabs on the streets of New York City. He believes they would be operating under the law.

This is a dispute over regular taxi cabs. If you bring fully autonomous taxis into the equation, the opposition by groups such as the TLC could be even more intense.