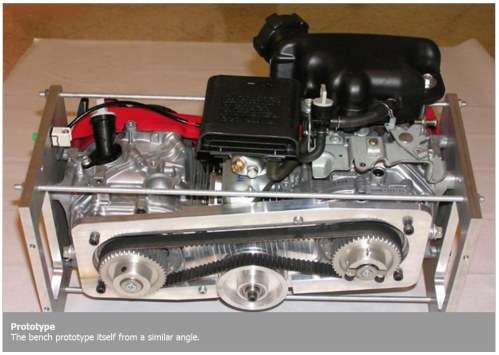 The ARPA-E Energy Innovation Summit 2011 will convene key players, like Tour Engine Inc. in the nation’s energy innovation community. The goal is to spur the networks that will bring about the next Industrial Revolution in clean energy technologies.
Advertisement

Tour Engine, Inc., developers of the split-cycle Tour Engine, has passed the review process and was chosen to have a booth at the upcoming ARPA-E summit March 1, 2011 ().

According to a private email from Dr. Oded Tour, creator of the engine that nears his name, it is very hard to be selected as a presenter at the ARPA-E summit if you did not previously received an ARPA-E award. So, this invitation appears to be both an honor and an opportunity for his invention.

On December 2010, Tour Engine Inc. was awarded a grant to support the development of the next TourEngine™ prototype. Dr Tour says that details will be revealed in the near future.

Dr. Tour was also informed that following a screening exercise, Tour Engine Inc. has been selected as a presenting company at the Houston Technology Center’s 6th Annual Energy Technology Capital Conference on February 9, 2011 in Houston.

More About the Tour Engine

Lest you think the internal combustion engine is dead and that it will be replaced soon by electric drives, think again. Just take one look at the cost of a full EV like the Nissan Leaf with its anxiety-filled, 100-mile range.

Even the Volt, which is an electric-drive car with an ICE generator that extends that range to 350 miles, is priced at $41,000 before subsidies.

Point is, even after subsidies, the cost is still too high for most people. After all, companies are not paying salaries as they once did.

TourEngine™ , on the other hand, is a patented, opposed-cylinder split-cycle combustion engine with the potential for substantial efficiency gain as a result of its superior thermal management. It also offers significant reduction in noxious emissions.

Unique to the Tour technology concept, though, is the placement of the cylinders and the crankshafts. The Tour design uses two opposing cylinders. Instead of being connected via a common crankshaft, the TourEngine™ has two crankshafts at opposite ends. Instead, the two cylinders, one hot, one cold, directly share the same head, a fundamental deviation from previously proposed split-cycle designs.

According to Dr. Oded Tour, this minimizes the potential losses from splitting the cycle, as noted by the gallery of photos below.

For the record, four companies compete with Tour in the split-cycle engine arena, including Scuderi, Zajac Motors, Speka Desing and Thring Design.