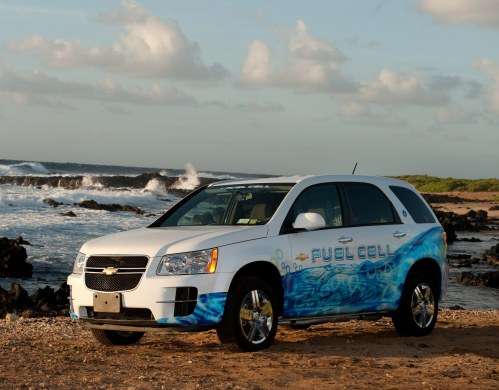 Contained within a 2010 update by the International Partnership for Hydrogen and Fuel Cells in the Economy (IPHE), fuel cell costs have reduced to the level of high-end internal combustion engines. This means Fuel Cell Electric Vehicles (FCEV) can become cost effective within a few years if produced in high volumes.
Advertisement

With support from the Department of Energy’s (DOE) own modeled cost assessment, based on today’s best technology, the report indicated prices have dropped from $275/kW in 2003 to $51/kW in 2010. That’s an 81% reduction. The projection also assumed a manufacturing volume for the 80 kW automotive PEM fuel cell systems at 500,000 units per year.

The full IPHE Commercialization 2010 report may be downloaded.

Demonstration projects continue to validate hydrogen and fuel cells technologies. Rapid developments in technology over the last few years, for example, have led to announcements by automakers and government agencies throughout the world that suggest commercial introductions of FCEVs and hydrogen fueling infrastructure by 2015.

The best known demonstration project in America is GM’s Project Driveway program, which placed 100 Chevy Equinox FCEVs in consumer hands for real-world driving. For the record, the project achieved over 1.4 million miles in 2010, and GM states that its next-generation fuel cell system is half the size, 220 pounds lighter and uses less than half the precious metal of the current generation Equinox FCEV.

With regard to precious metals, researchers continue to make progress on improving durability and lowering the cost of fuel cells. For PEM fuel cells, for example, lowering platinum (Pt) catalyst loading has been a major cost reduction goal. Researchers at 3M, though, have demonstrated a membrane with 40% lower Pt content than in 2008. Furthermore, researchers at Los Alamos National Laboratory (LANL) have demonstrated non-platinum group metal catalysts that exceed the 2010 DOE research target.

Also, the next-generation FCEVs will show even more promising test results. Light duty FCEV announcements, for example, include Hyundai/KIA’s unveiling of its sport utility Borrego FCEV; and a statement by that company indicates it is preparing for initial commercial production of FCEVs to start as soon as 2012.

Europe is not to be left out either. Mercedes-Benz is planning production of a 200 car series of its latest FCEV, the B Class F-Cell. Likewise, commercial leasing of the Mazda Premacy Hydrogen RE Hybrid is in the works, as is the U.K.-based Riversimple’s introduction of a 30-vehicle fleet of small, urban fuel cell car, for a pilot project in Leicester.

Of course, full commercialization still has its challenges. Public awareness of hydrogen and fuel cell systems is still low, and a misconception that hydrogen is unsafe and unreliable is still prevalent. The report pointed out more extensive outreach and better public education will be needed to help to remove this barrier.