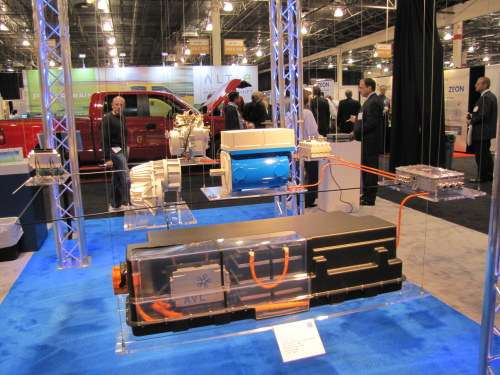 More intrigue behind scenes of Chinese quotas of rare earths

Wall Street Journal and other sources in China reported today on the country’s change in rare-earth export quotas. However, there really doesn’t seem to be much change, especially the Chinese rationale behind the quotas.
Advertisement

China, which controls about 95% of global rare-earth supply, unveiled an initial cut of 27% in its quota of the materials for 2012. However, weak demand will make its full year 2012 limits unchanged.

Other media sources jumped on the news and reported the Chinese Ministry of Commerce reported on Tuesday that it was maintaining its rare earth export quota for next year at almost 2011 level. The government also said overall export quota for 2011 is 30,184 tons, slightly down from 30,258 tons in 2010.

During the first eleven months of this year, though, China exported 14,750 tons of rare earths, 49 percent of the annual quota. Now, either there was a lack of world demand or China restricted output a lot more than previously reported.

Frankly, those reports seem a bit confusing, especially upon first read. Fact is, demand has eased significantly. Take Toyota and Tesla, for example, who stated earlier in 2011 that they would design their products so as not to require rare-earth materials.

Now, China officials have unveiled a new system that would split the quota among different types of rare earths. Supposedly this tactic is geared to match exports with demand.

Then there is mention of full-year quotas. Nonetheless, if the first half of the year is below expectations on shipments, that is no guarantee the second half will be increased; at least, that is how this reporter interpreted the WSJ report and other reports via Reuters and others.

Gleaned from within the statements of the Chinese ministry did imply that all the quotas are there “to protect international demand.” In addition, Beijing has insisted that its attempts to impose order on the sector were primarily motivated by environmental concerns and are compliant with World Trade Organization rules.

Still, China's attempts to restrict output and exports have caused great alarm around the world, especially for those companies that are producing rare-earth magnets for motors for electric vehicles.

Analysts believe there is another side to China’s story. Some have said its policies are also designed to give priority of supply to domestic consumers and encourage foreign consumers, especially those from high-tech strategic sectors, to relocate their operations to China. So, that has to mean China is playing commodity football and intends to run out the clock whenever it has possession; and 95% of the world supply is in their possession.

Even General Motors knew enough not to trust the Chinese fully, although it plays their game quite well. It knew enough not to bring in the Chevy Volt as a Chinese production as it would entail revealing technical secrets just to play in the auto game.

If analysts cannot see what China is doing even with that part of the policy, then they need glasses or need to attend history classes. This is classic case of those who forget history are condemned to repeat it.

Fact is, China is no longer the backward country with a tremendous but starving population. The 21st Century will soon be dominated by China’s presence. Unfortunately, they have yet to learn how to play their roll as a world leading nation in a fair way; and perhaps never will.

This reporter has written many times that one day China will thank GM for helping build its automotive infrastructure, then escort the corporation out the door. In my opinion, China represents the wise man who enters the world late, then uses everyone’s advances to advance its own agenda of catch up first, then domination.

On the other hand, China is indeed an astute trader. Be apprised they understand supply and demand quite well. They also know when is the optimum time to buy and sell on the world market. So anyone who dismisses their intelligence in the market arena will likely suffer the consequences for their lack of observation.

So, bottom line here is that the rare earth supply-demand situation has not really changed. Yet, let there be a hiccup in relations and watch the spigot get turned off real quick. America is the only country in the world that feeds and supports its enemies, whether it deems them enemy combatants or not. In that respect, America needs to wise up.

Elon Musk Says Tesla To Offer Car Insurance in Texas Next Month, But These Challenges Exist
Tesla Co-Found Plans To Build a Battery Factory and Shift The Industry
END_OF_DOCUMENT_TOKEN_TO_BE_REPLACED