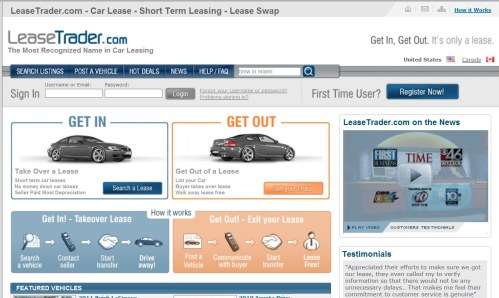 Blame the shift, not on better styling or better technology, but under-performing lease companies with unfavorable lease policies.
Advertisement

According to the latest news release by LeaseTrader.com, Ford, Chevy, Cadillac and Chrysler are key domestic brands that are stealing share from Honda, Toyota and Nissan. The non-domestic brand doing the same is BMW.

Fact is, certain lease companies with unfavorable policies tend to retain fewer drivers following a lease transfer, according to data from LeaseTrader.com. For example, Japanese brands such as Honda, Acura, Nissan, Infiniti and Lexis have lease policies that score very low according to LeaseTrader.com users. For the record, Leasetrader.com is the most recognized name in car leasing that easily and affordably matches car shoppers with individuals looking to escape their auto lease,

This latest data id not indicative of a new trend either. The domestic makers are the big winners, because of they improved their lease policies. On the other hand, Japanese carmakers continue to lose customers once a car lease is transferred primarily because of high days-to-transfer times and unfavorable leasing policies. Important point is, this is not a sales ploy from leasing companies or OEMs, because it is coming directly from LeaseTrader.com customers.

Fact is, more than 50 percent of the time a driver of one of these vehicles exits the lease with the intent of driving a different vehicle. Fortunately for Ford, Chevrolet, Cadillac and Chrysler family of vehicles and BMW, they have been the biggest winners during these transactions.

“Lease companies that score low on our customer brand retention levels should seriously consider revising their leasing policies because they are losing customers at a fairly significant pace,” said Sergio Stiberman, CEO and founder of LeaseTrader.com. "A leasing policy is just as important as the price to a leasing customer, and many drivers are taking a harder look and voting with their wallet."

Monthly sales are a good indicator of a brand’s performance at the new-car and retail level; and many stock traders track this data to get a jump on the next upswing or downdraft.

However, brand retention is one of the top indicators on LeaseTrader.com, as the ease or difficulty a person has either exiting a lease contract or taking over someone else’s remaining short-term lease contract is having quite an impression. For more than ten years, lease policies has been a key factor in a brand’s ability to keep its drivers once they exit their lease.

In a recent report, LeaseTrader.com pointed out that many of the domestic brands and their lease companies scored high among customers compared with their Japanese counterparts.

This is not the first time that LeaseTrader.com has indicated this trend. While automakers often blame economics, they tend to forget the total vehicle brand experience involves the leasing experience as well.

How long this trend will continue is anyone’s guess. After all, Toyota and Honda have had a barrage of problems these past two years. Even recently, Toyota had to cut production due to the floods in Thailand.

Nonetheless, the lease experience is now ranking up there with brand quality, technology and performance.